A while back I was cleaning out a pack rat nest and I saw something shiny.  It was tiny and at first I thought it was a shell like the type pictured below.  People will bring shells home from the beach, leave them out on the patio and the pack rats will take a few for their nests.  After all they are "pack rats"!

I was not surprised since I have seen shells in rats nests many times, but I wasn't a 100% sure because I was standing above it and it was in the dirt and small.  What I saw was more like this:

I bent over to pick the "shell up" and saw it was a very little snake.  My next thought was "oh, its a harmless blind night snake". Not uncommon, but I had never seen one coiled  up before. Usually they are more worm-like.  So I took a  very close look and saw this: 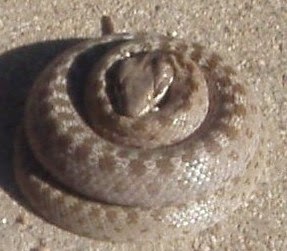 It was an itsy-bitsy-teeny-weeny rattlesnake!  How tiny?  Here it is next to by business card: 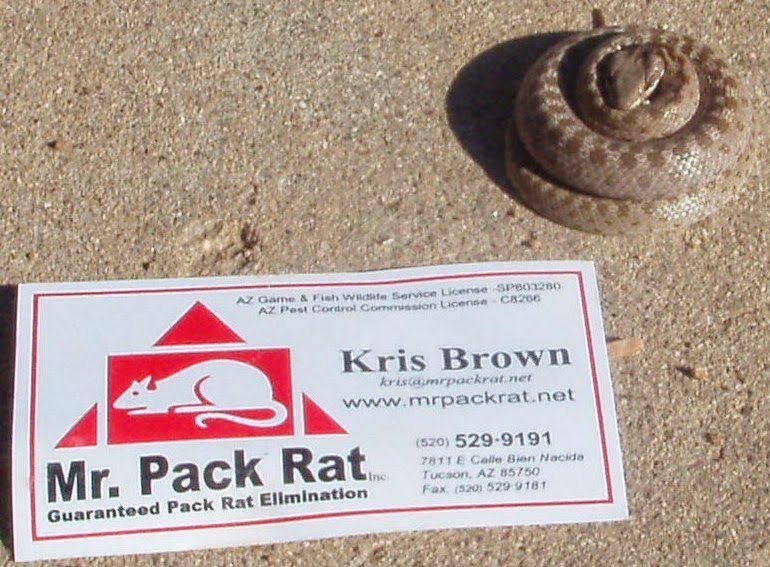 The amazing thing is that the little guy was just as feisty and aggressive as any other rattlesnake. He would shake his tail just like an adult, but was too little to have a rattle. Here is a picture of him taking a strike at my snake tongs: 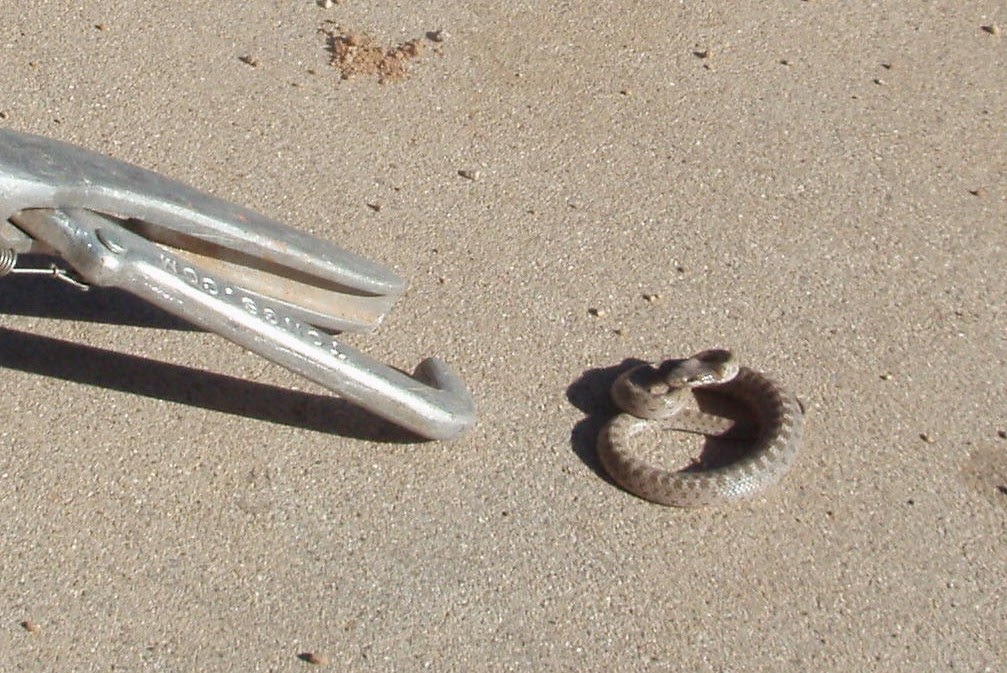 Tiny as he was, his bite can be just as deadly as any other rattlesnake.  Some say more deadly, because baby snakes have not learned how to regulate their venom like an adult can.  I have seen many rattlesnakes, including a fair number of young small snakes, but I have never seen out this small before or since.   I carefully moved him a safe distance away and hope he has a long life without further human contact. 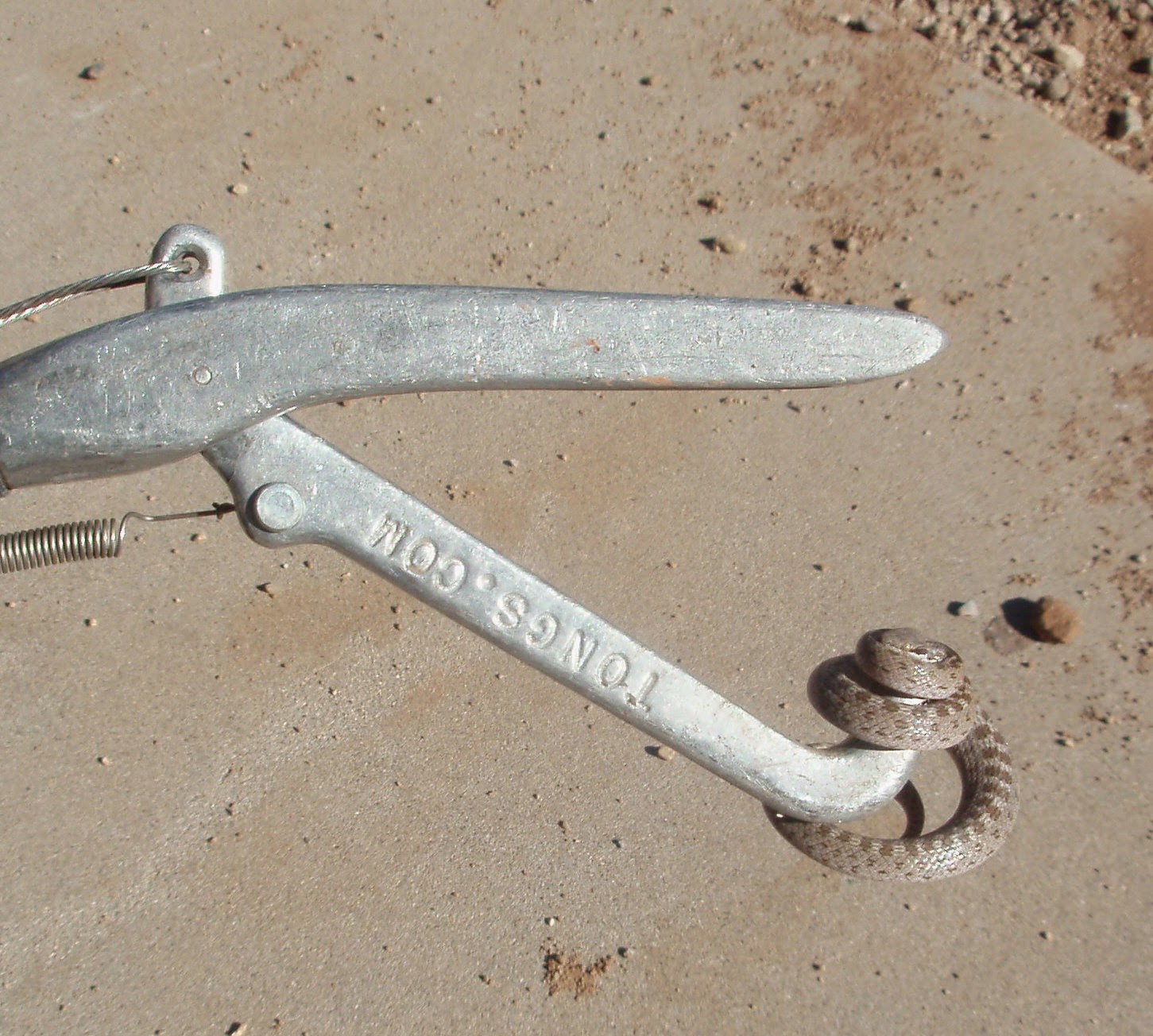