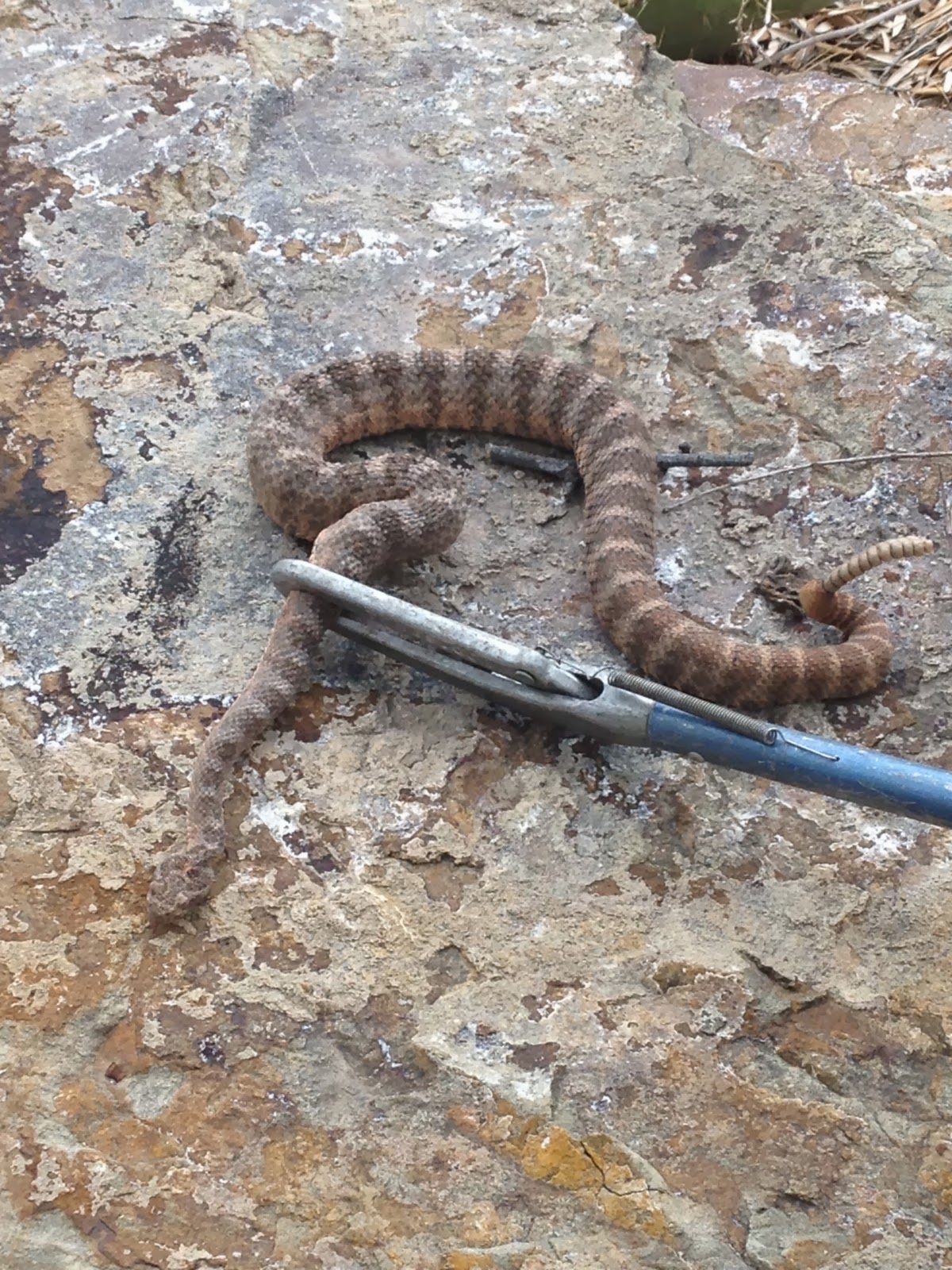 The Tiger rattlesnake takes the prize for the highest toxicity of venom in the western hemisphere and produces a neurotoxin essentially identical to the Mohave rattlesnake along with a myotoxin that causes muscular necrosis.  However, the Tiger rattlesnake is notoriously reclusive and reluctant to strike unless intentionally provoked.  Most people will go their entire lives in southern Arizona and never see one.  As of this date, I have only encountered two in my entire career! 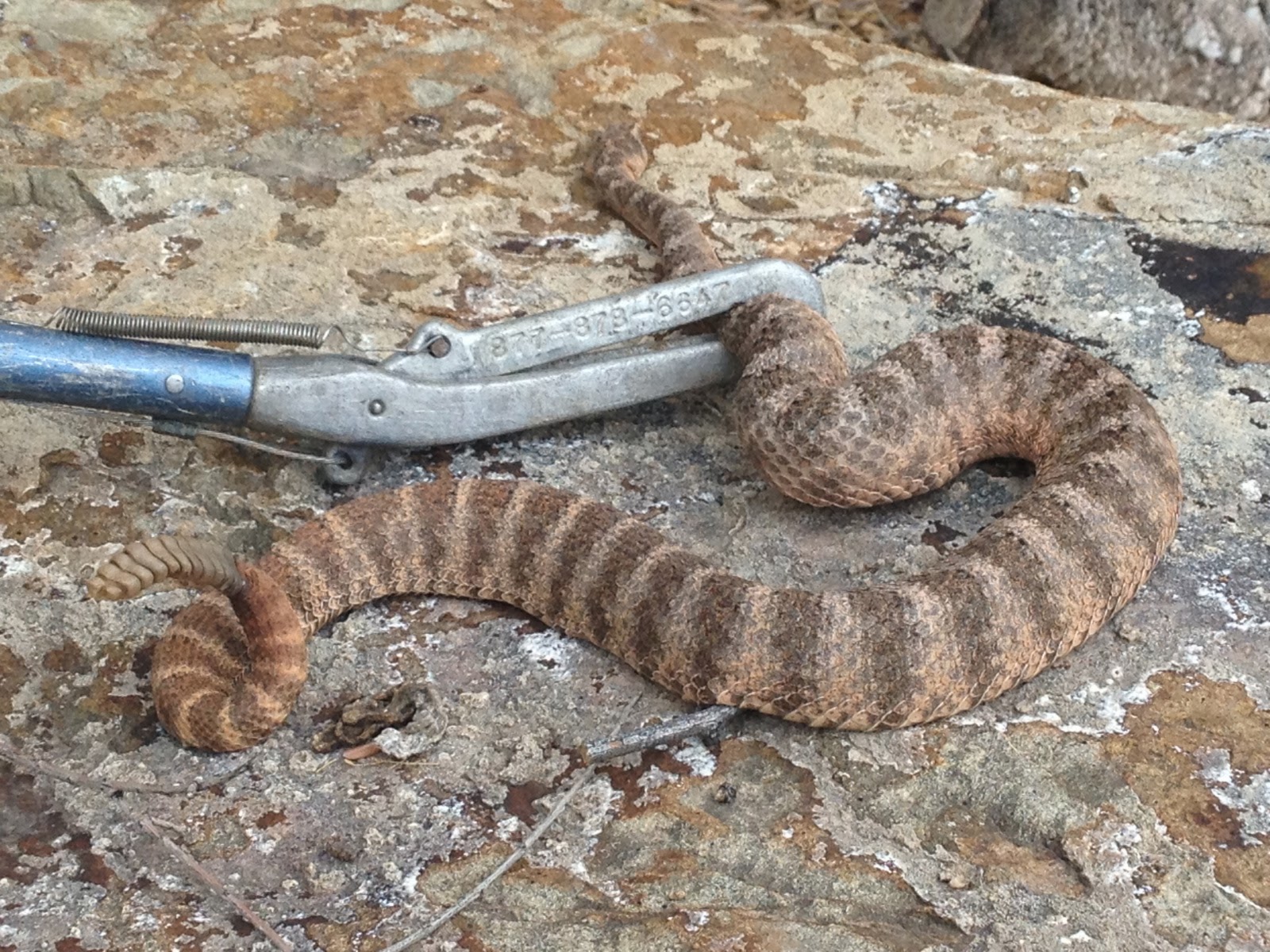 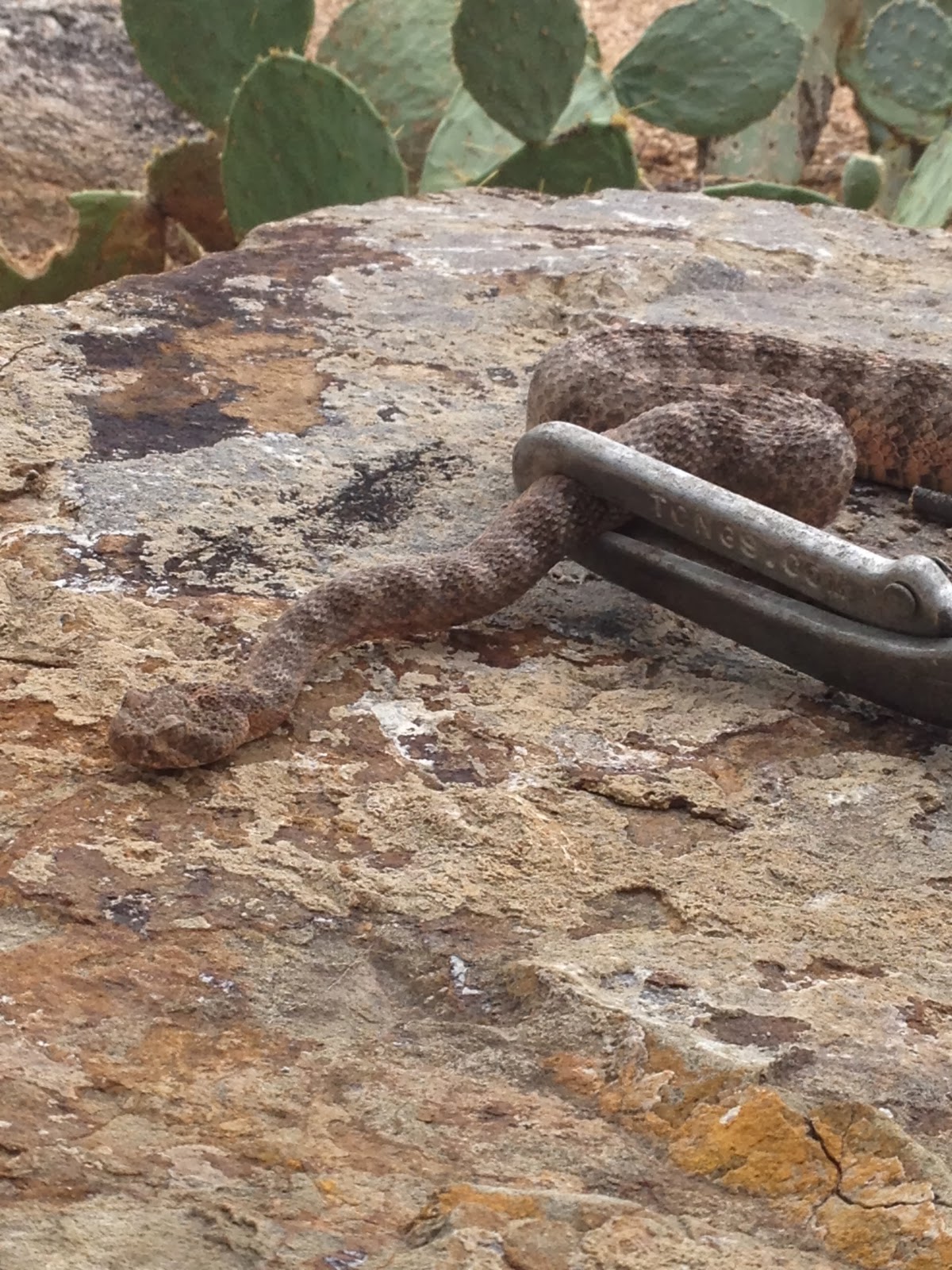 Do you know the official Arizona State mammal?

Arizona has an official state flower (Saguaro blossom), bird (Cactus Wren) and even a state mammal - the Ringtail - often called a ringtail cat because of its cat like features. 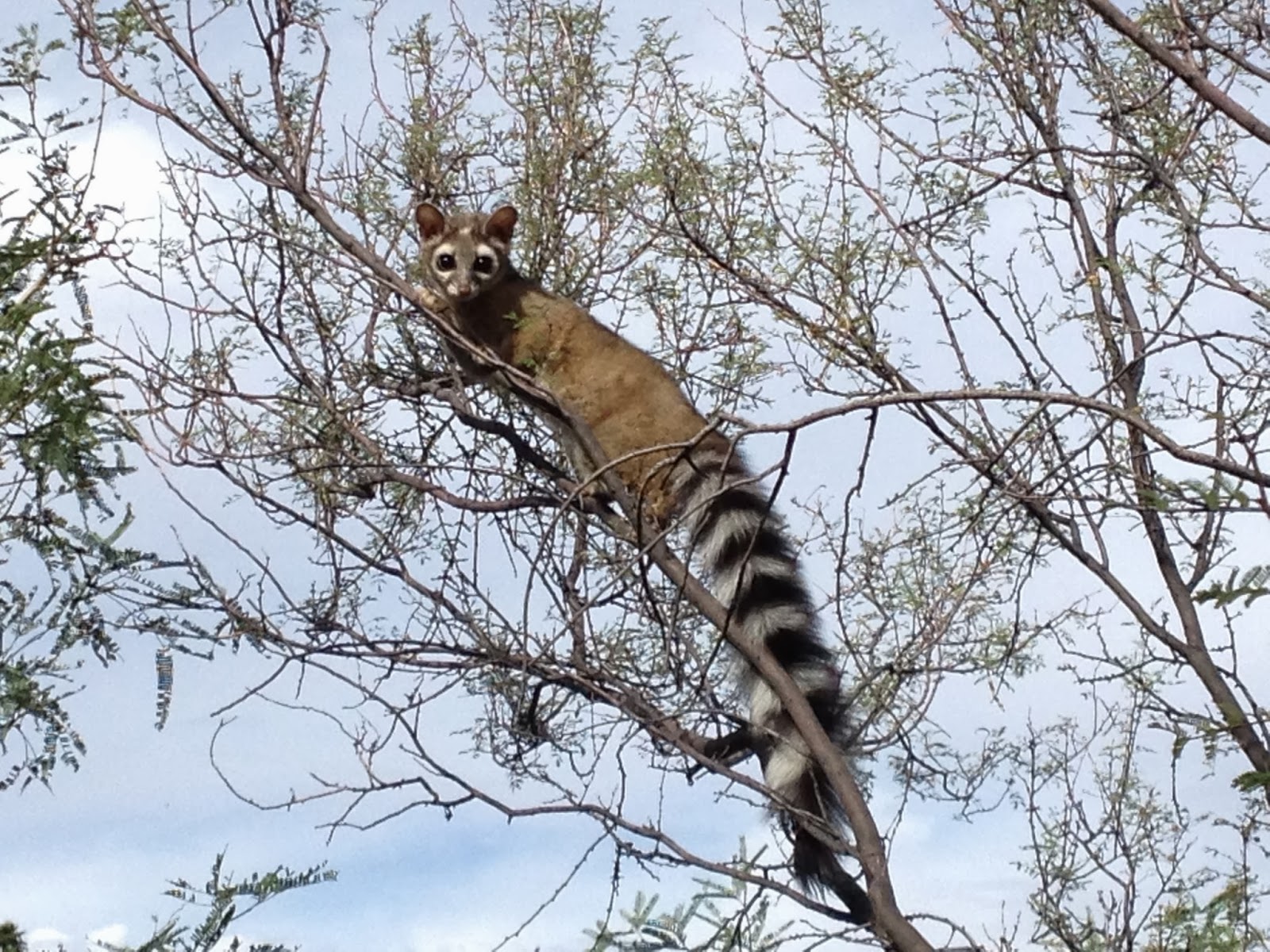 The above photo is a rare site.  Ringtails are common, but also nocturnal and usually very secretive.   Since ringtails are omnivores whose diet includes pack rats, we occasionally trap a ringtail when we are are trapping pack rats.  Since we use live catch traps, the ringtails are unharmed and always released.  The ringtail above was trapped at a pack rat entry point in an attic.  When released, she quickly climbed a tree and posed for a picture.

Ringtails are actually part of the coon family, as you can tell by the tail.  To learn more about ringtails you may want to check out these links:

Unlike pest control companies, Mr. Pack Rat has a special use permit from Arizona Game & Fish to be able to legally trap ringtails and other select wildlife.

We may only see 1-2 ringtails a year.  The most interesting situation was ringtail in the library of Catalina Foothills High School.  It sneaked in when the janitors left the back door open while cleaning.  When something got into the librarian's lunch left overnight, the school suspected a pack rat.  Turned out to be a ringtail which was living under an interior book drop. The ringtail was trapped and released just outside the library.

The most recent ringtail we caught was at Canyon Ranch in an power equipment room with four walls, but no roof.  The room is full of utility equipment where the year before a racoon actually caused a brown-out when it squeezed into hole on the side of a 480 volt breaker box.  The racoon did not survive.  The hole was sealed, but the resort did not want to take a chance when evidence of another critter appeared and they called Mr. Pack Rat.  I determined from the scat, the animal was a ringtail.  It was safely trapped and in this case relocated in a designated wildlife area a few miles away.

What is even rarer than seeing a ringtail is hearing one.  Below is a short clip of a ringtail before release and you can see they not only have cat like features, they also sound somewhat like a cat. They are truly amazing creatures. You can also see they do not like to be in a cage and it always gives me great joy to set them free.


Posted by Kris No comments:

On a road to nowhere

Arizona State Route 373 is a dead end  spur of a highway less than 5 miles long, sometime referred to as the road to nowhere.   It ends at a little village of a town called Greer.  Unlike most places, you can't just pass through Greer while on your way to somewhere else.  You go to Greer - there is only the one paved road in and out.  The entire community nestled in a valley surrounded by mountains peaks in the middle of a national forest.

If you are new to Arizona, you may have heard of some of our wonderful mountain communities like Flagstaff, Pinetop, and Show Low, where the thousands of city dwellers escape to to beat the summer heat.

You may not have heard of Greer.  Less than 200 people live in Greer year round.  There is a country store, a few restaurants and shops.  There are some lodges and cabins to rent. Cell phone coverage is spotty at best.   What does Greer have?

At 8,500 elevation often the coolest summer temperatures in Arizona and in the winter snow, lots of snow.

Our family has been going to Greer for over twenty years.  My son's learned to fish in the Little Colorado River which bisects the valley.  Stocked with trout, crystal clear and it is really more of a stream than a river.

We have celebrated several Thanksgivings, Christmas and many wonderful family trips to Greer.  Usually staying in a cabin with no phones, no TV and until recently no internet. There is little to do but thoroughly enjoy nature and each other's company.

If life is moving too fast and you need some quiet time, I suggest Greer.

Pack Rats!
This is a pack rat nest in an old abandoned outhouse.

If you want to learn more about Greer check out these websites:

If you are a history buff, like I am, try and get a copy of the outstanding, out of print book:
On the Road to Nowhere: A History of Greer, Arizona, 1879-1979
by Karen M. Applewhite

You let me know if you have any questions or would like suggestions of where to stay and what to see.

What do all rodents have in common?  Thier teeth!  The term rodent comes from the Latin word rodere,  which literally means "to gnaw".   Rodents, including pack rats have a single pair of upper and a single pair of lower incisors that are perfectly adapted to gnawing. 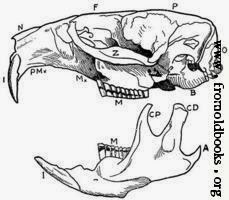 In fact, those incisors never stop growing.  No only can rodents gnaw, they must gnaw everyday to keep their teeth from growing to too long.  Constant gnawing also keeps the teeth razor sharp.


Pack rats are notorious for their gnawing ability.  Below are some examples: 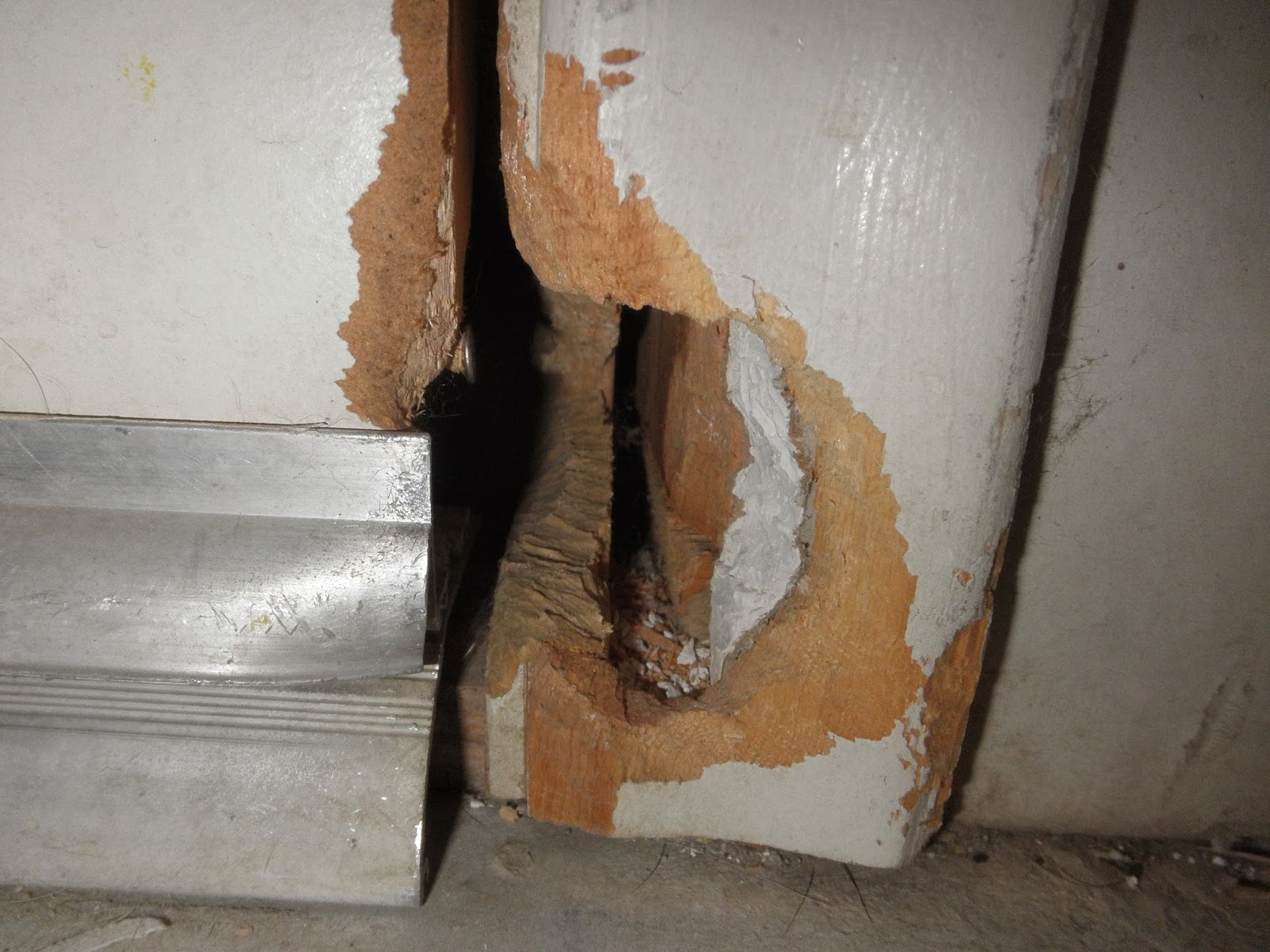 Trapped rat chewed through side door to get out of a garage. 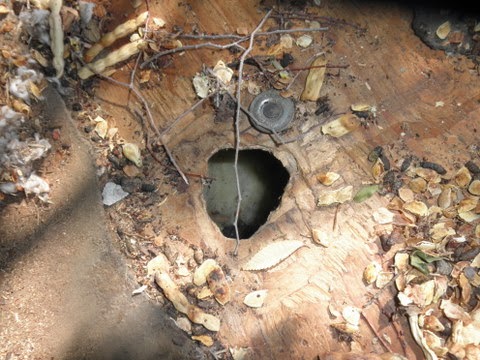 Hole chewed through roof deck. Was hidden under tile. 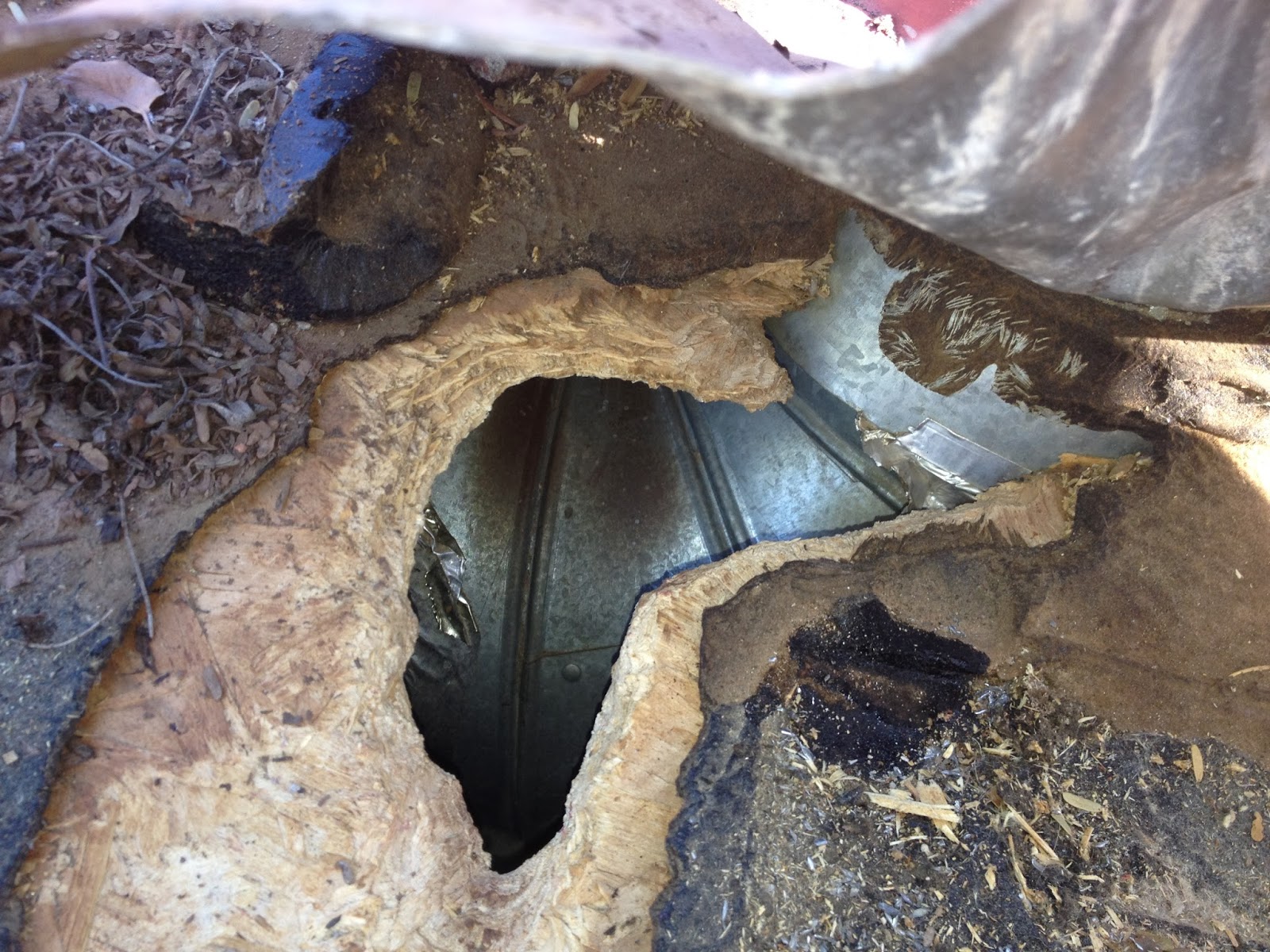 Roof deck under flashing around a vent. 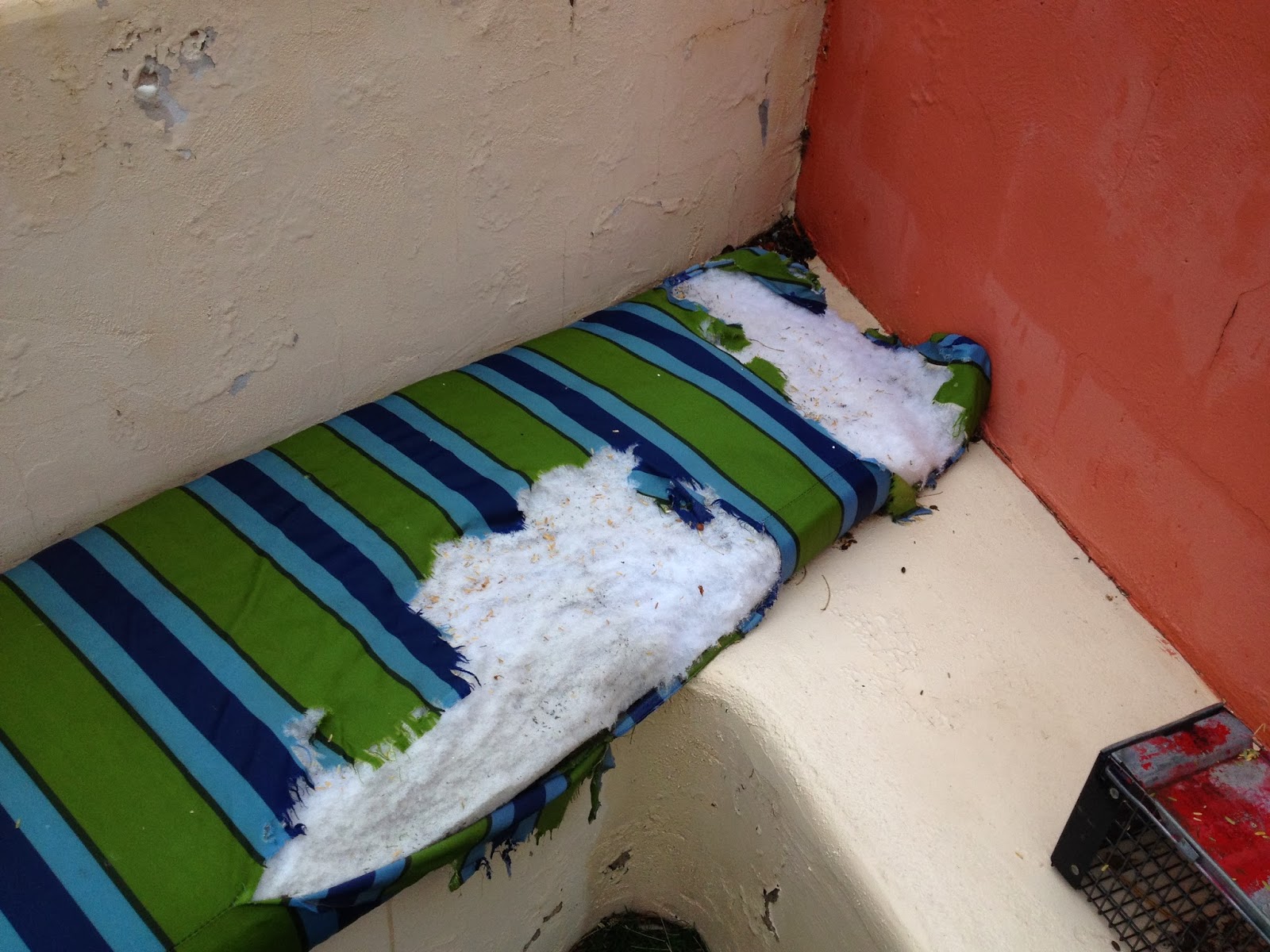 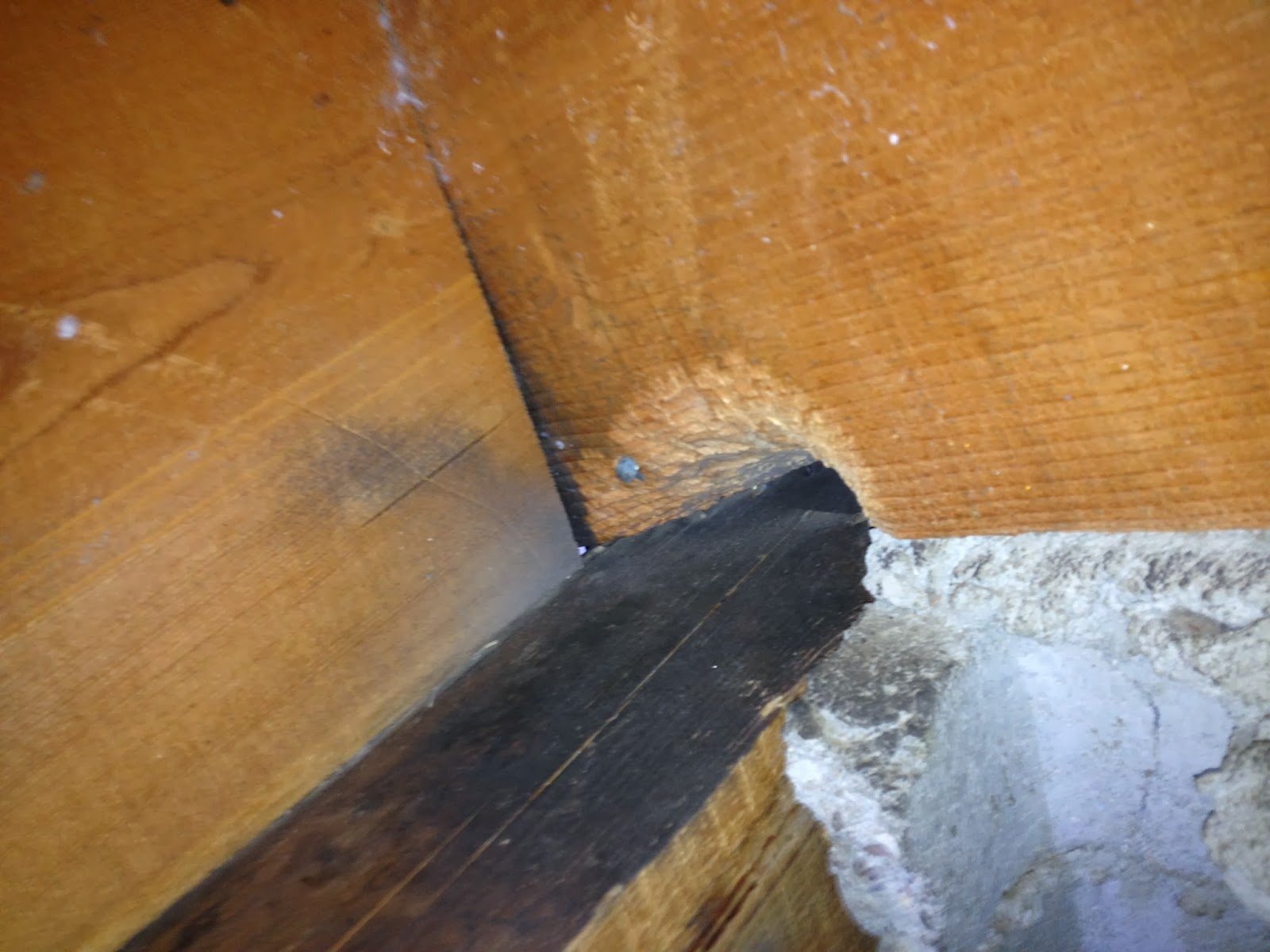 Small gap at beam enlarged into a hole big enough for the rat to use. 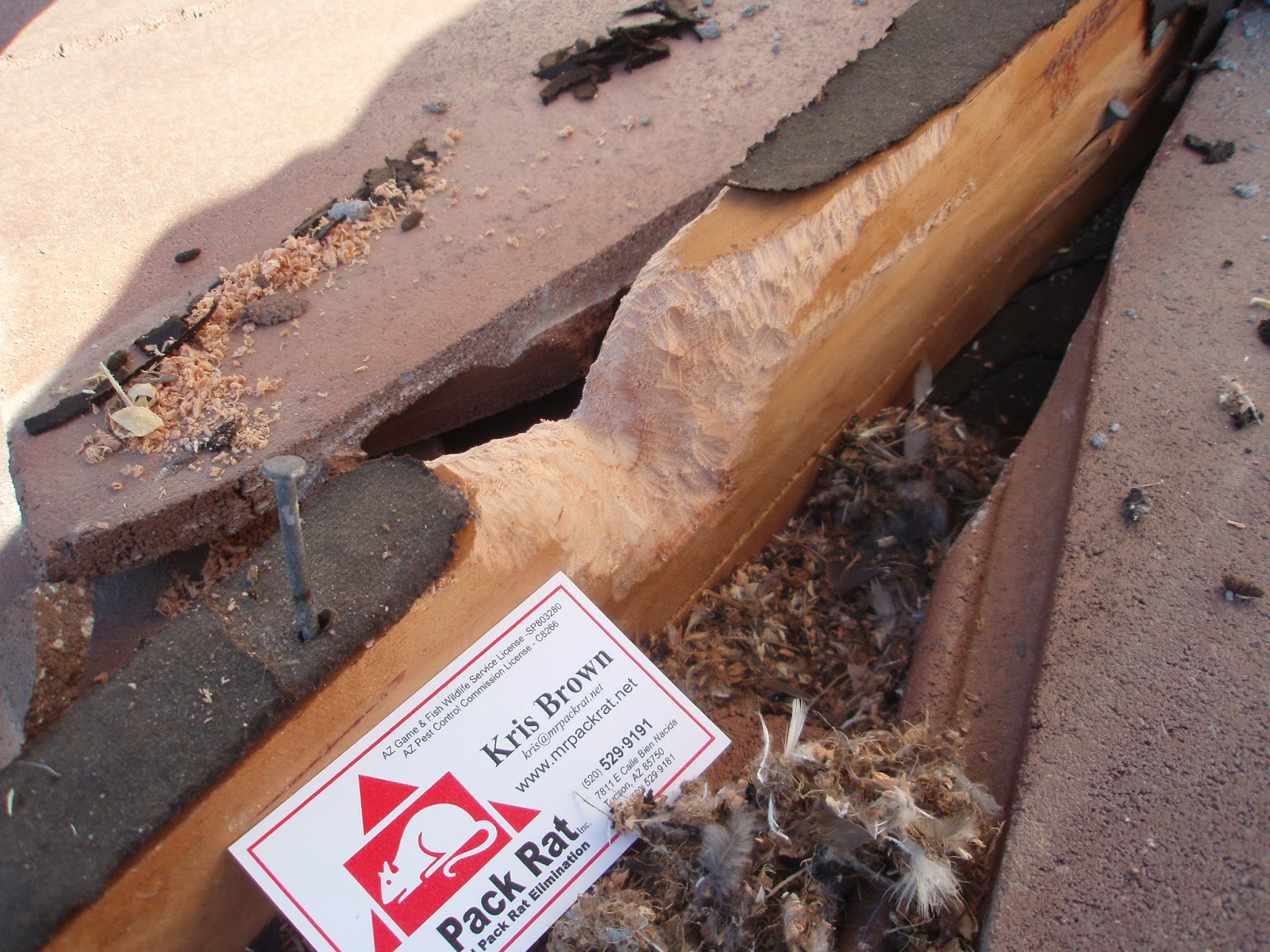 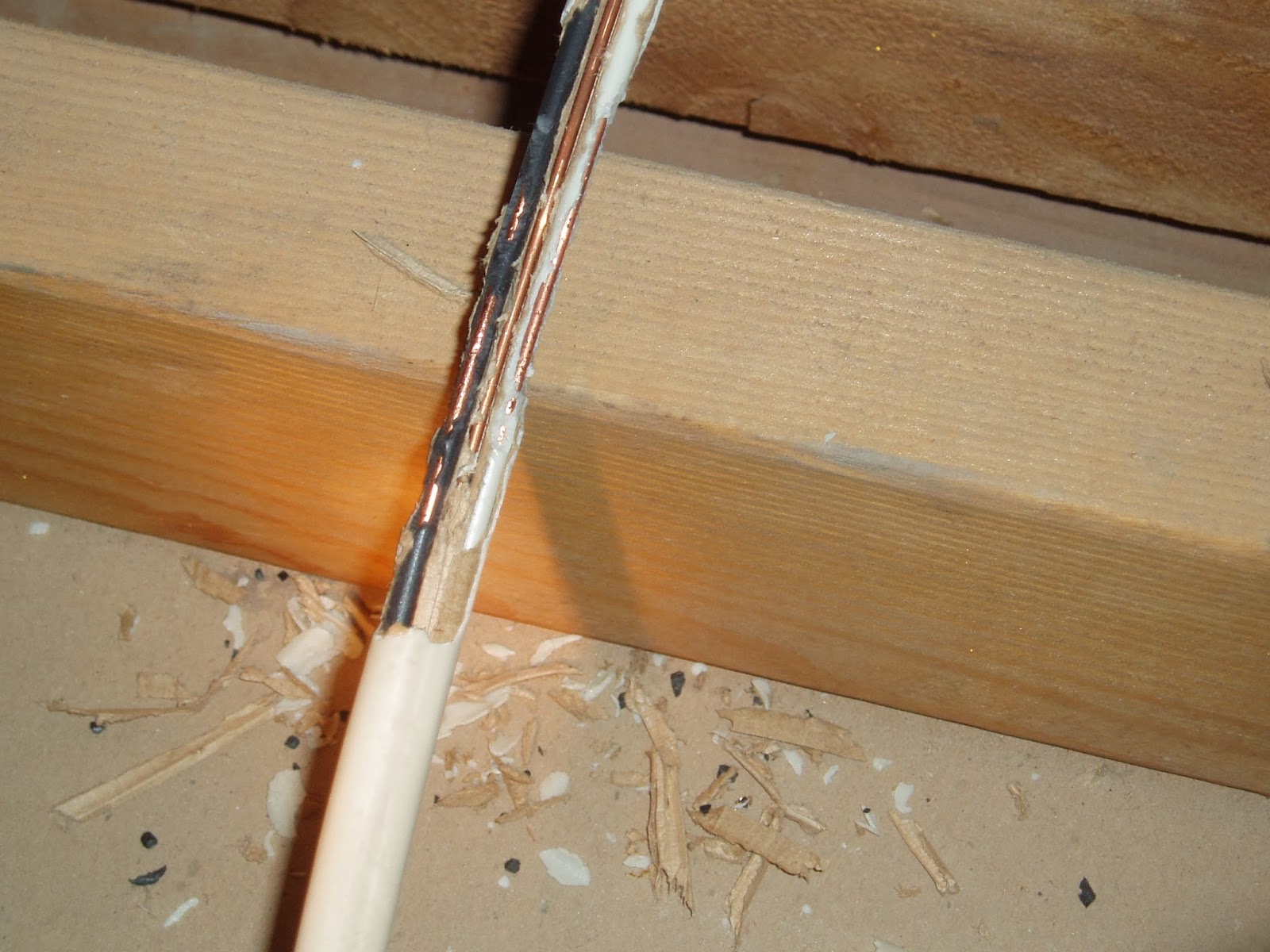 Romex 110V wiring in an attic 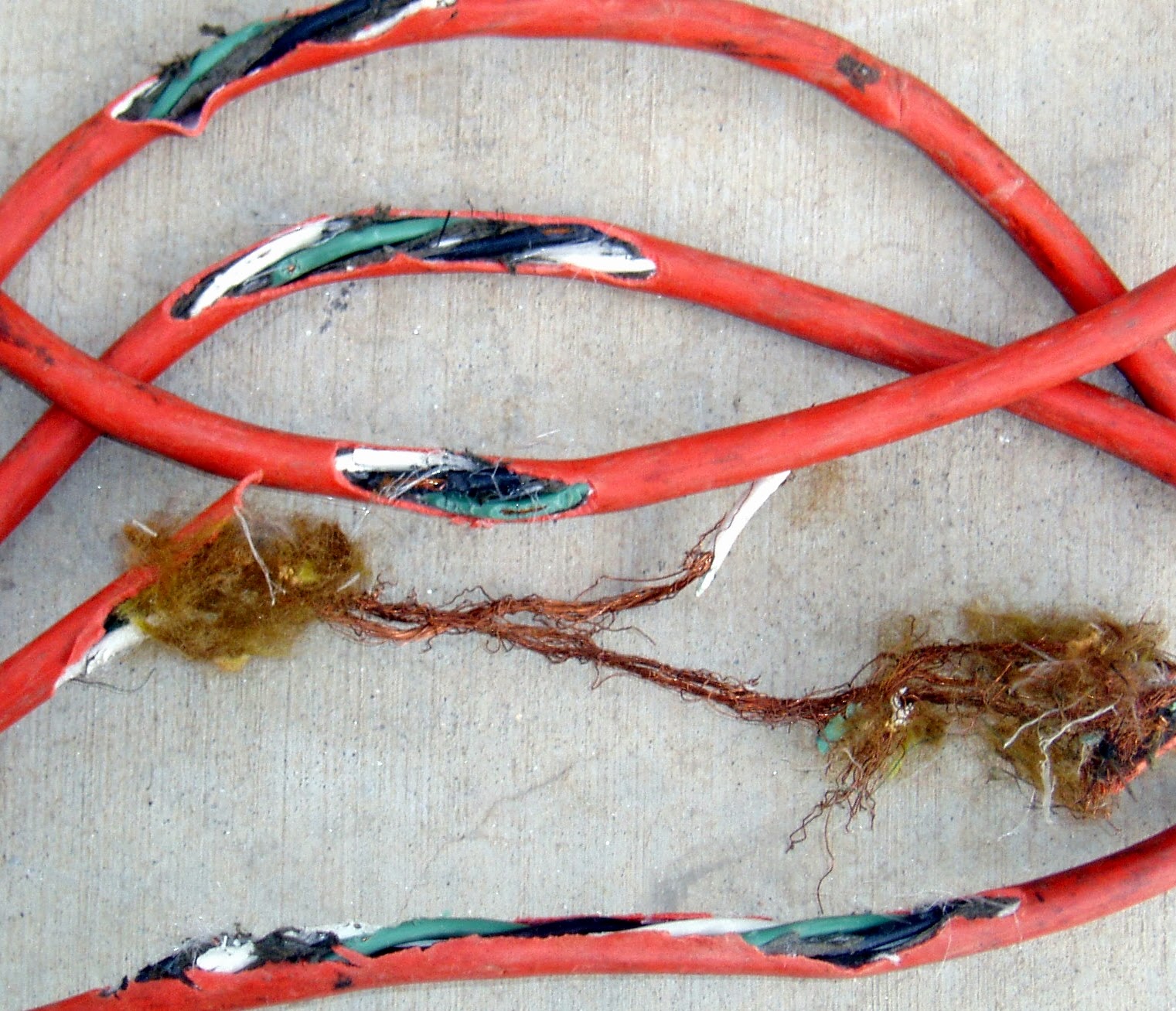 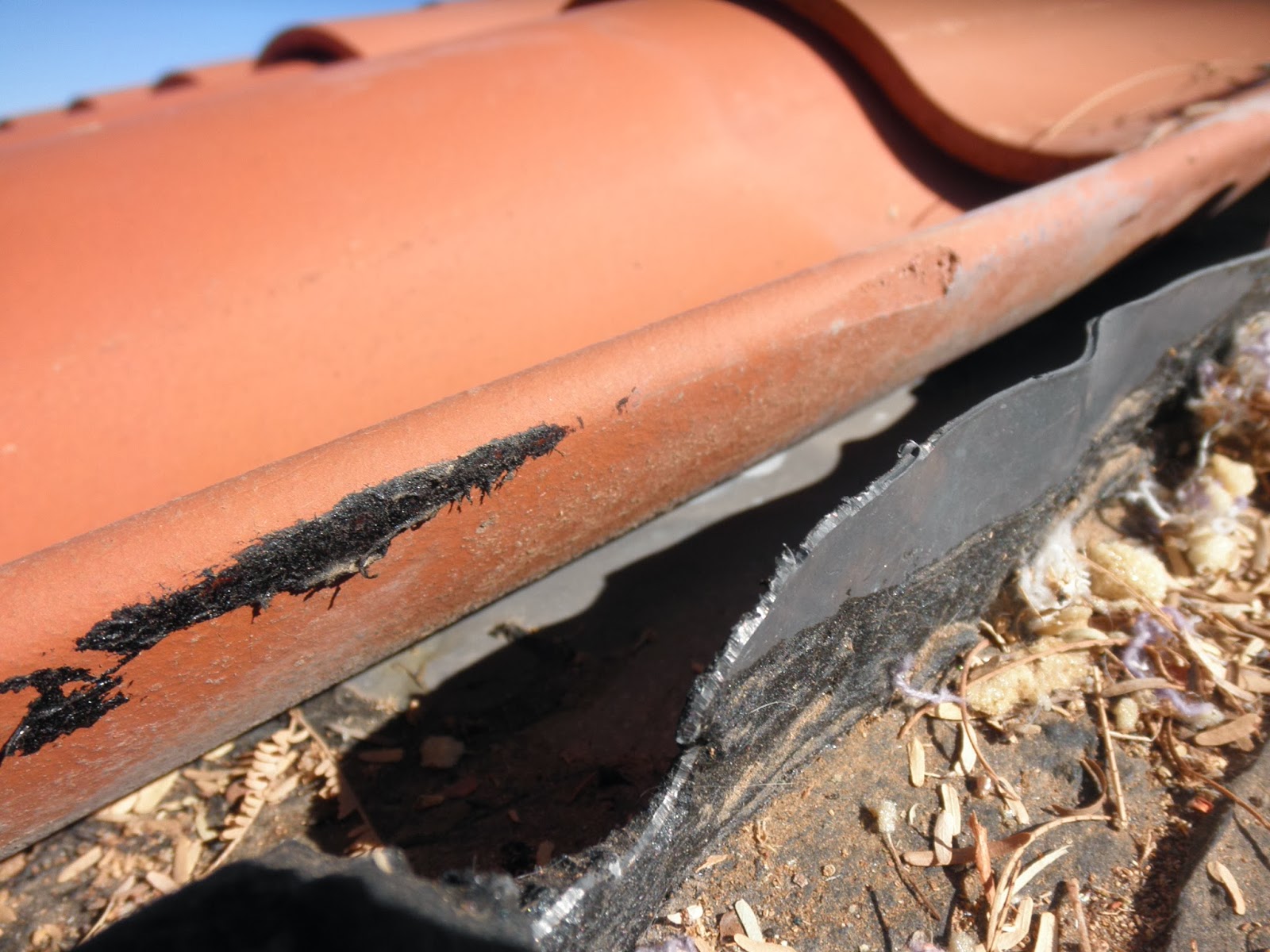 The gray metal is lead flashing chewed through. 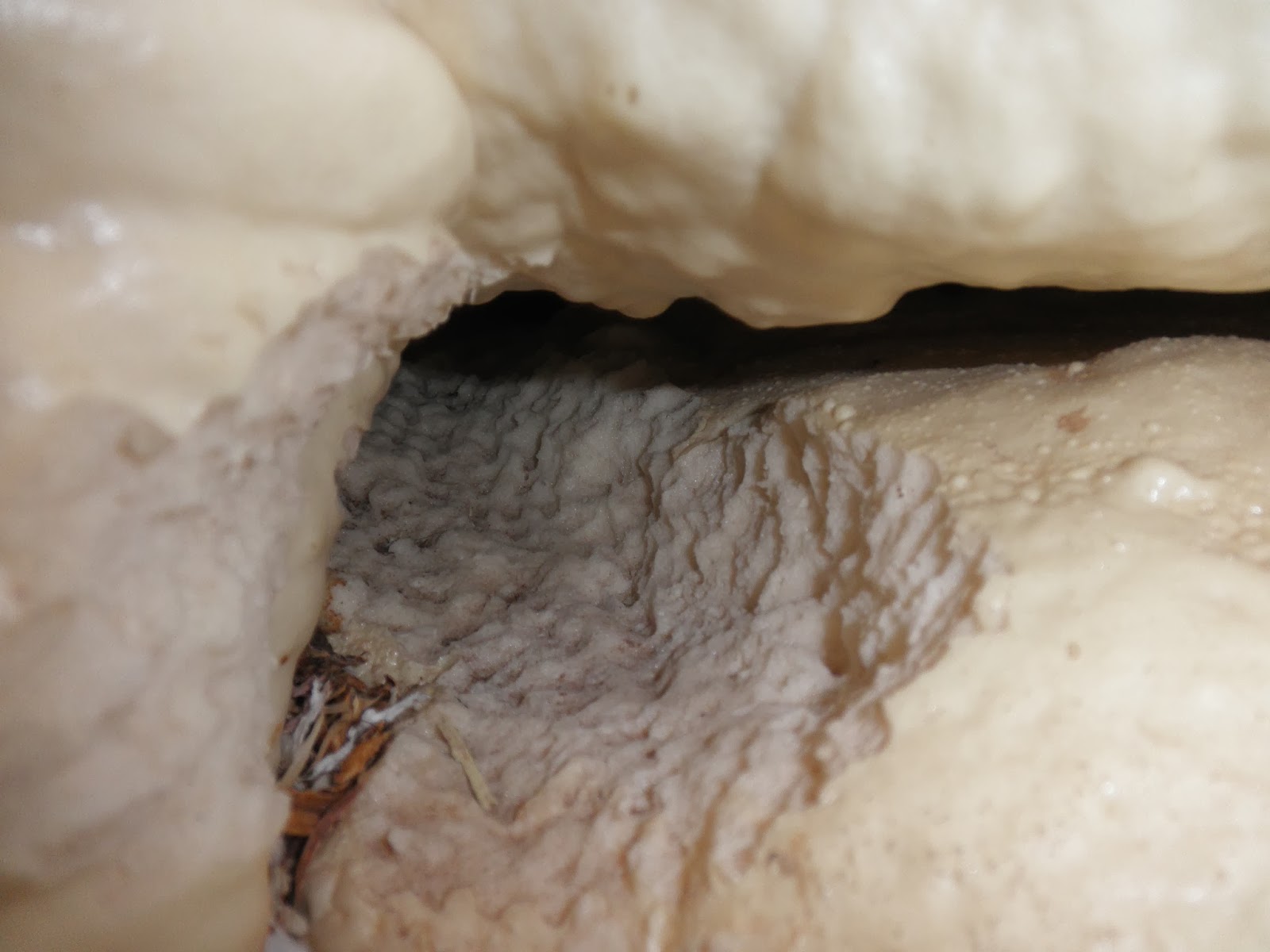 Foam sealant is no match at all. 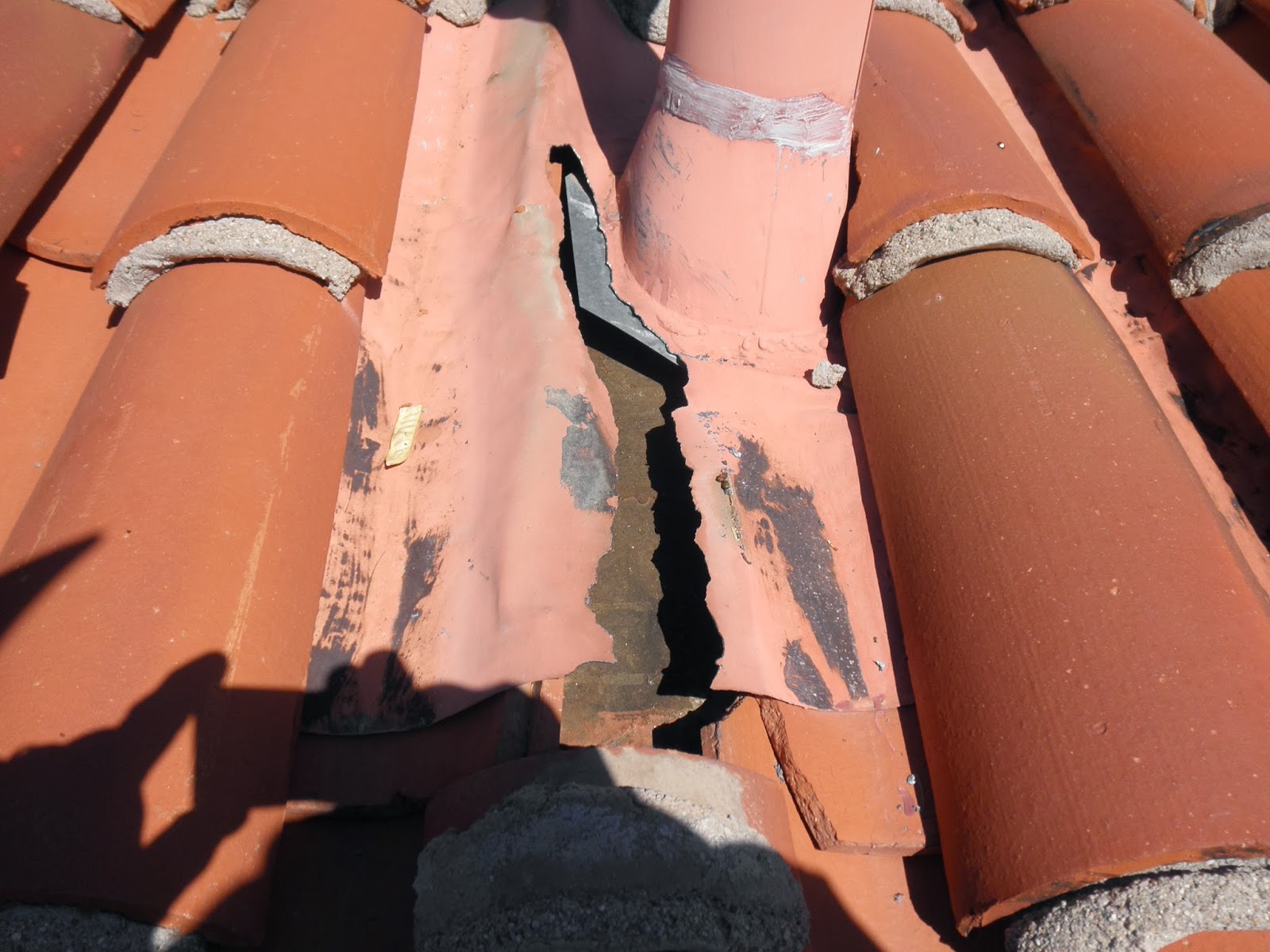 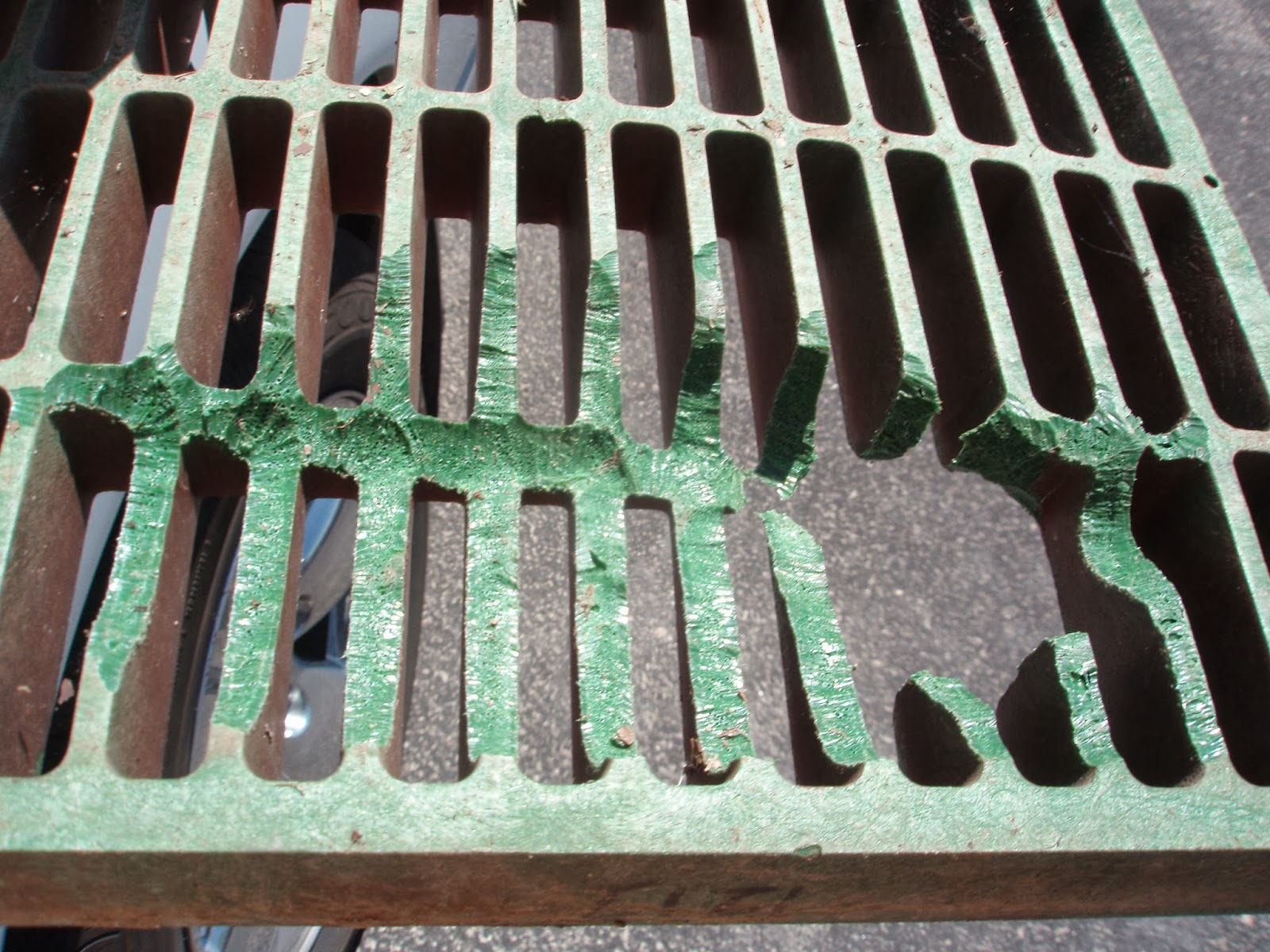 Underside of a heavy duty drain cover chewed all the way through.
Pack Rats often use drain pipes to move around and hide in.

Pack rats are not true rats!

Scientifically pack rats are not true rats!   All true rats belong to the genus Rattus and include such notable characters as the Black Rat (Rattus-rattus), often called roof rats and the Brown Rat (Rattus norvegicus), often called Norway rats .  These rats originated in Asia and are usually referred to as old world rats.

Pack Rats, belong to the genus Neotoma and the proper common name is not pack rat, but wood rat. There are over 21 separate species of wood rats ranging from near the arctic circle in Canada all the way down to Nicaragua in central America.  The species common to our area in Tucson, AZ area is the White Throated Wood Rat (Neotoma albigula).  All members of the Neotoma originated in North America and are referred to as new world rats. 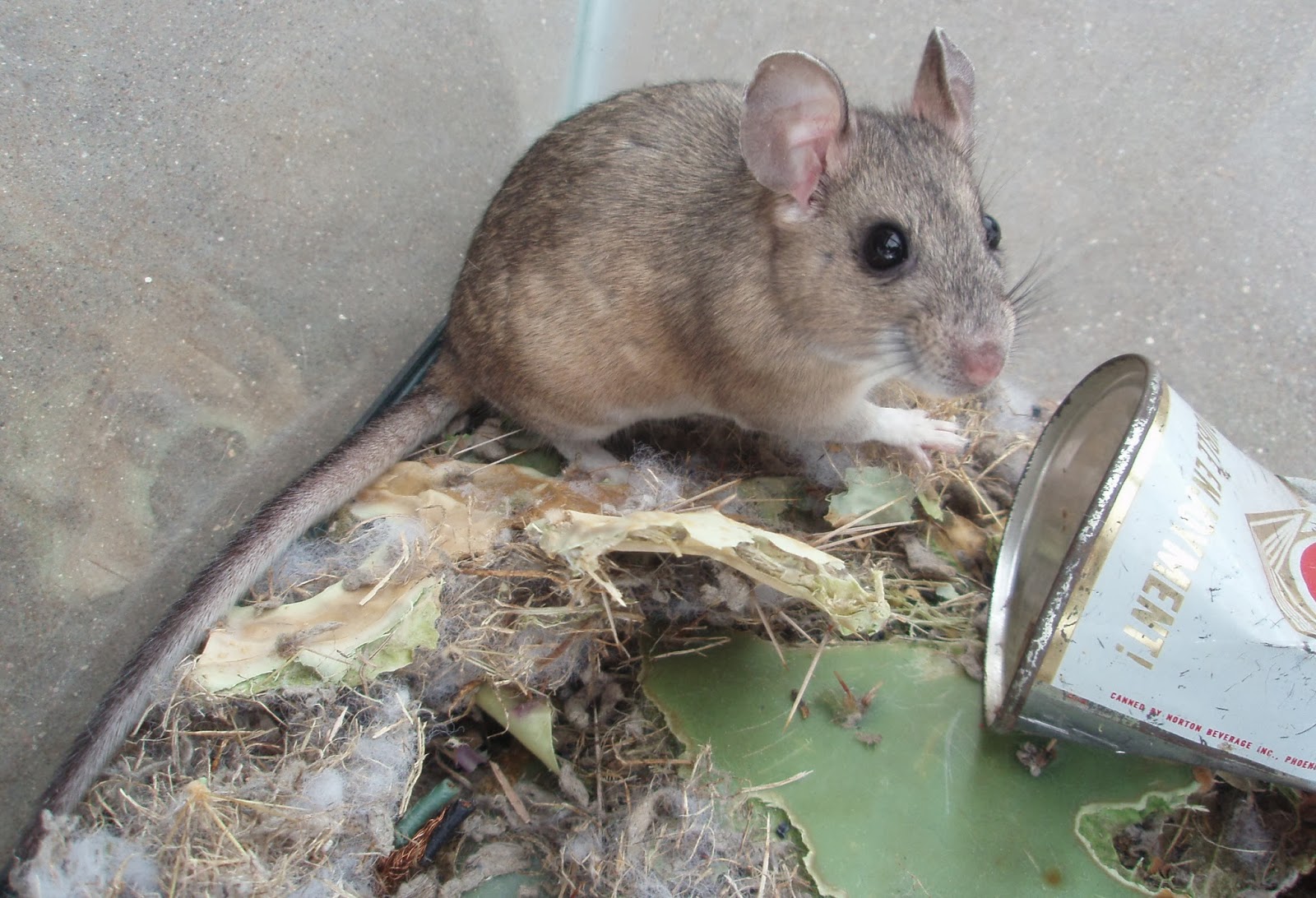 The term "rat" is generic and commonly used to refer to larger long tailed rodents and the term "mice" to smaller long tailed rodents.  All belong to a large superfamily of rodents (1,300 species!) called Muroidea, which also includes hamsters, gerbils, lemmings, and many other relatives.

Muroidea is just one of several families of rodents. Squirrels, porcupines, beavers are also rodents.  There are 2,277 species of rodents.   About 40% of all mammal species are rodents!

Unless you live in a few very specific areas of the country you may never encounter a pack rat.   Pack rats are different. They nest differently, they eat different foods, they breed differently and they have different behaviors.

If you are having a rat issue, it is important to know what type of rat you are dealing with before coming up with the best solution to actually solve the problem.


2013, the tenth year of business for Mr. Pack Rat and our busiest year ever:


A few pictures from the year: 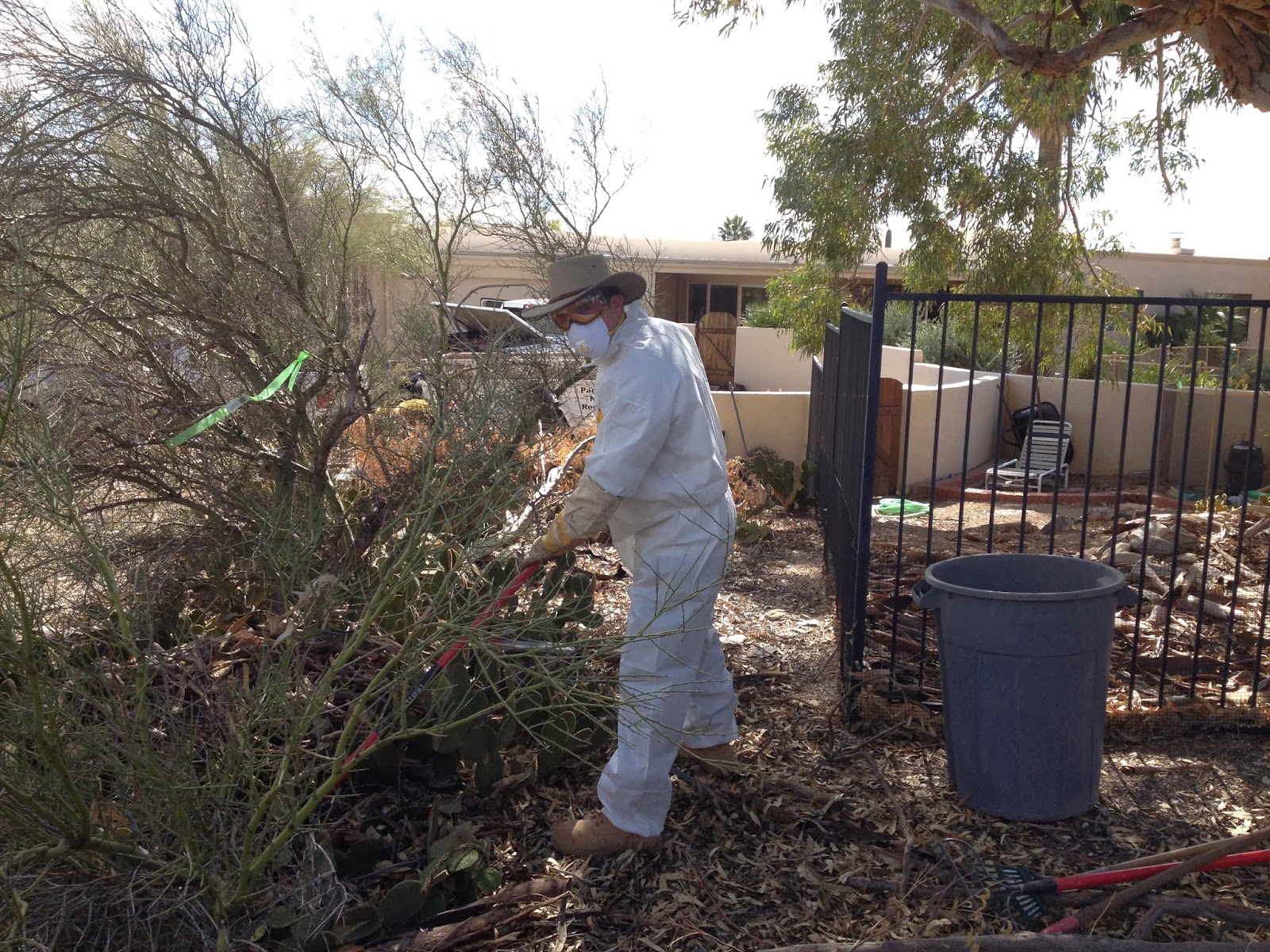 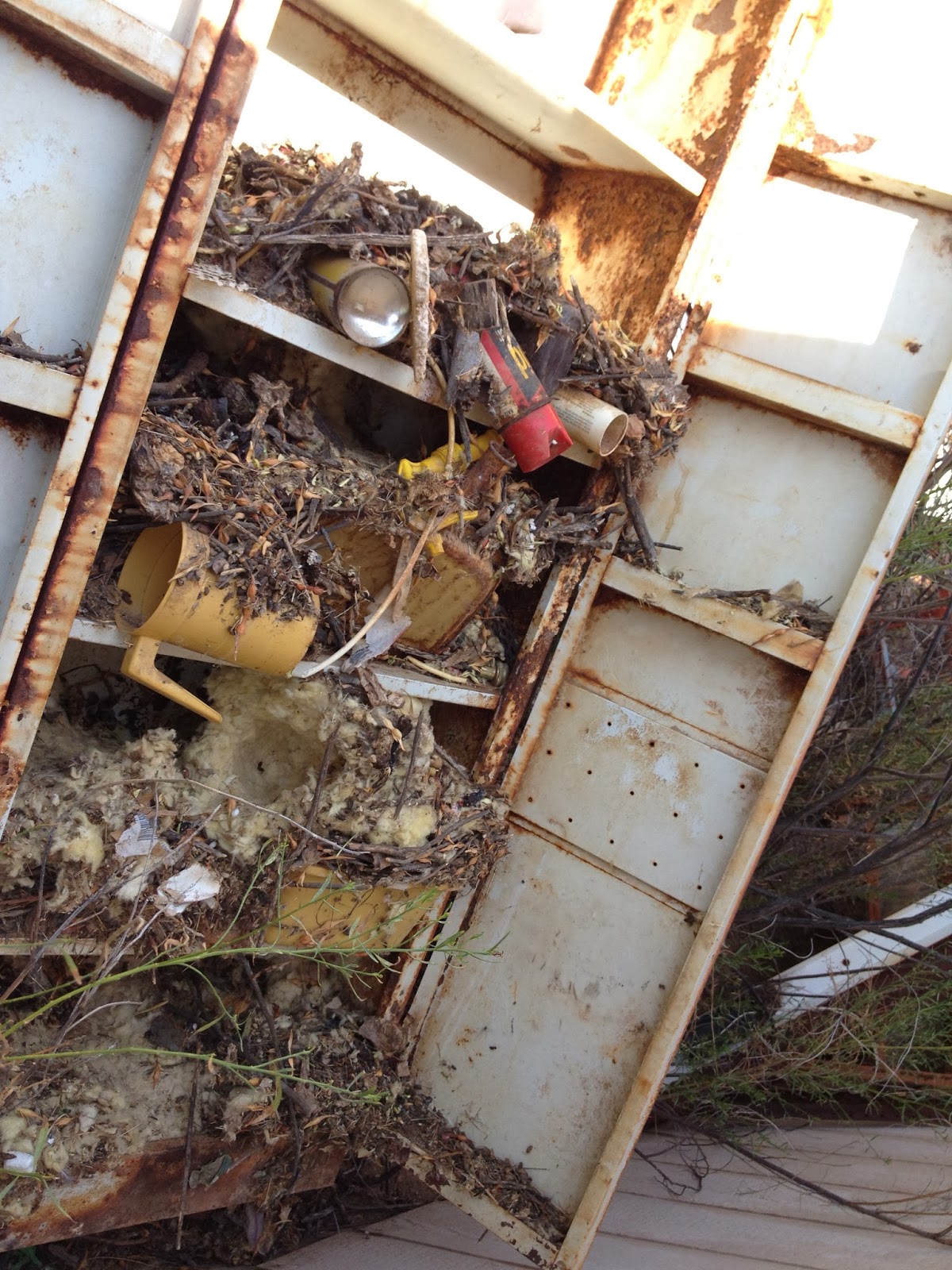 In a metal cabinet 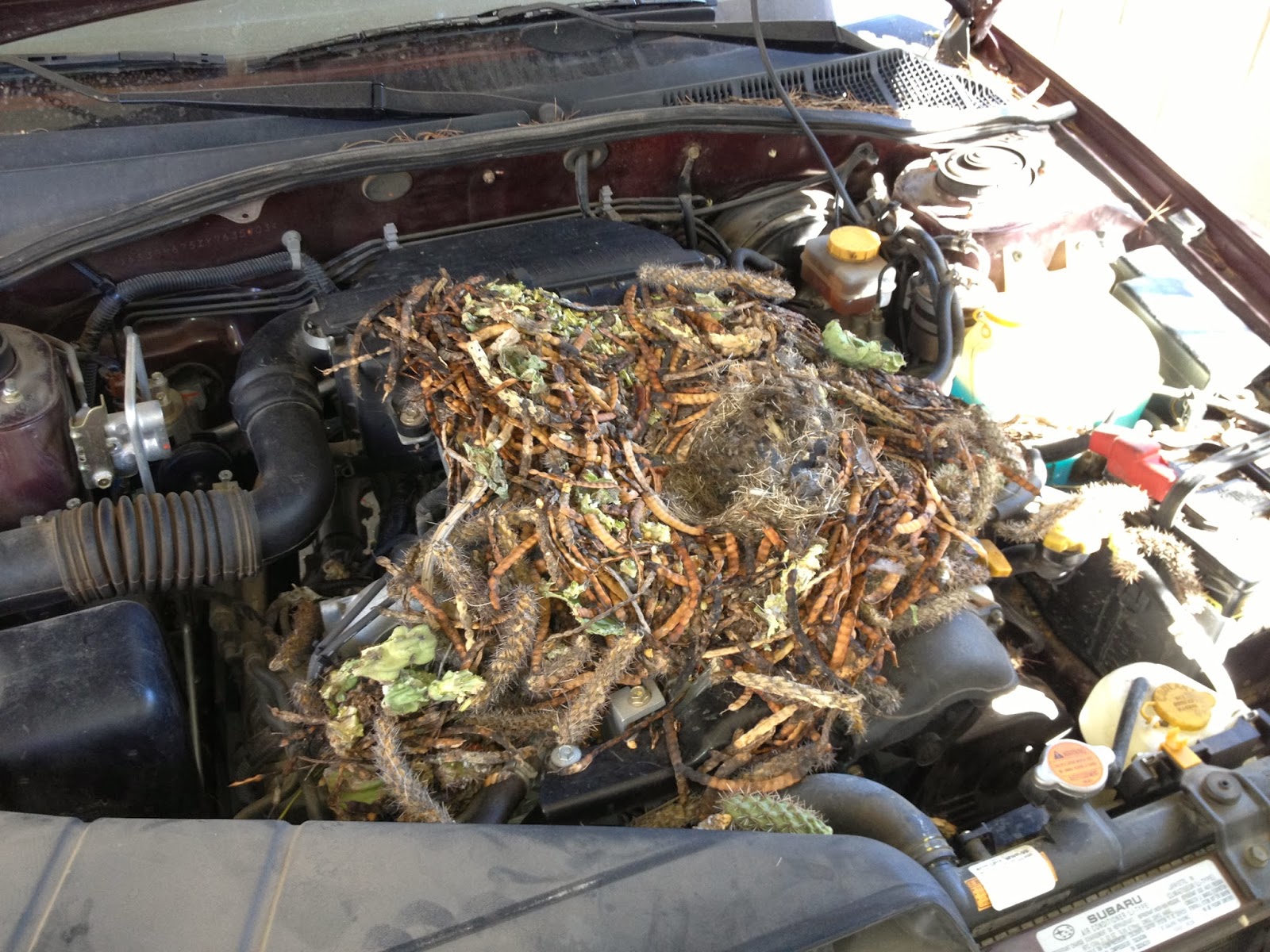 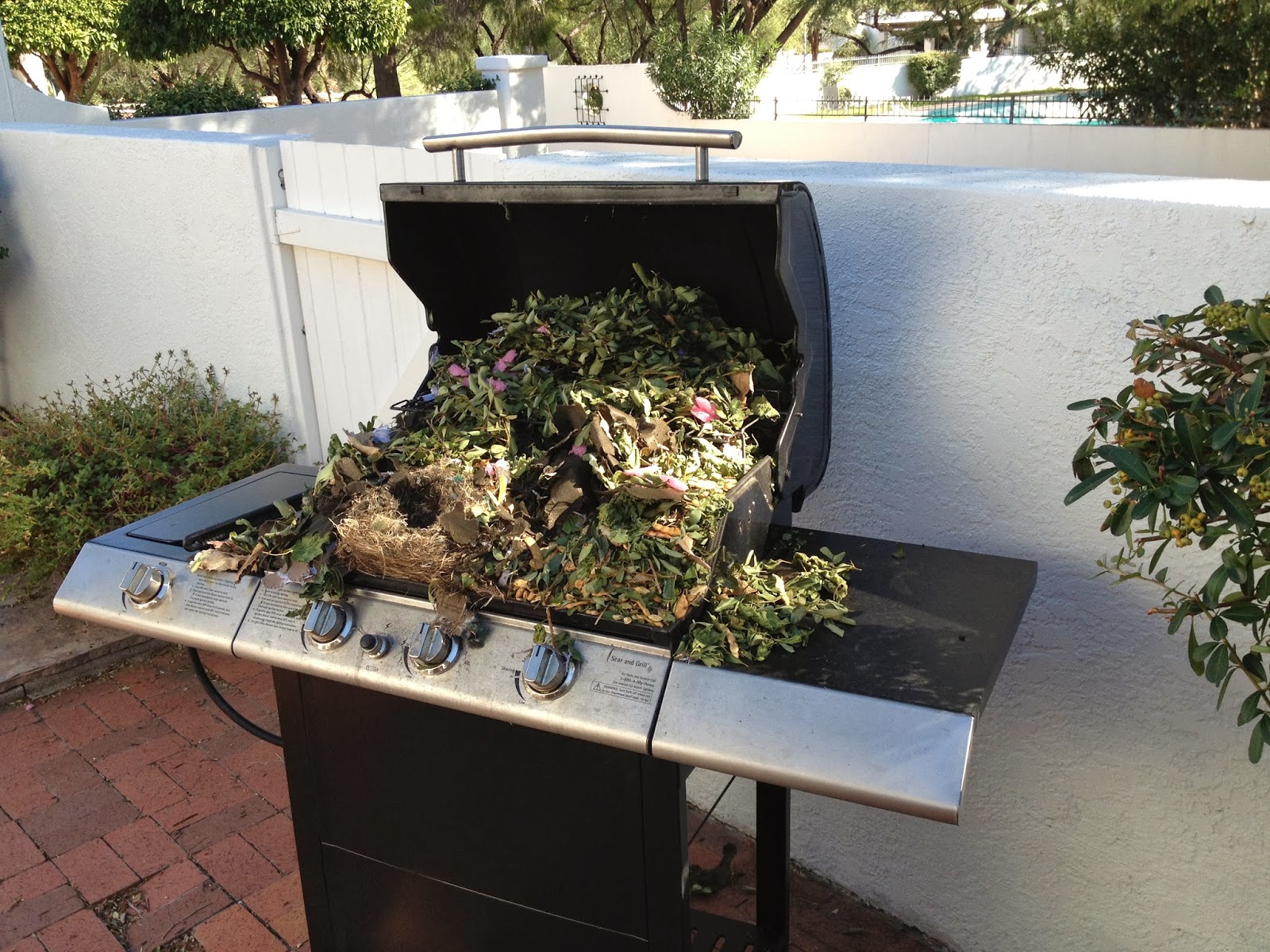 Impressive nest in a grill! 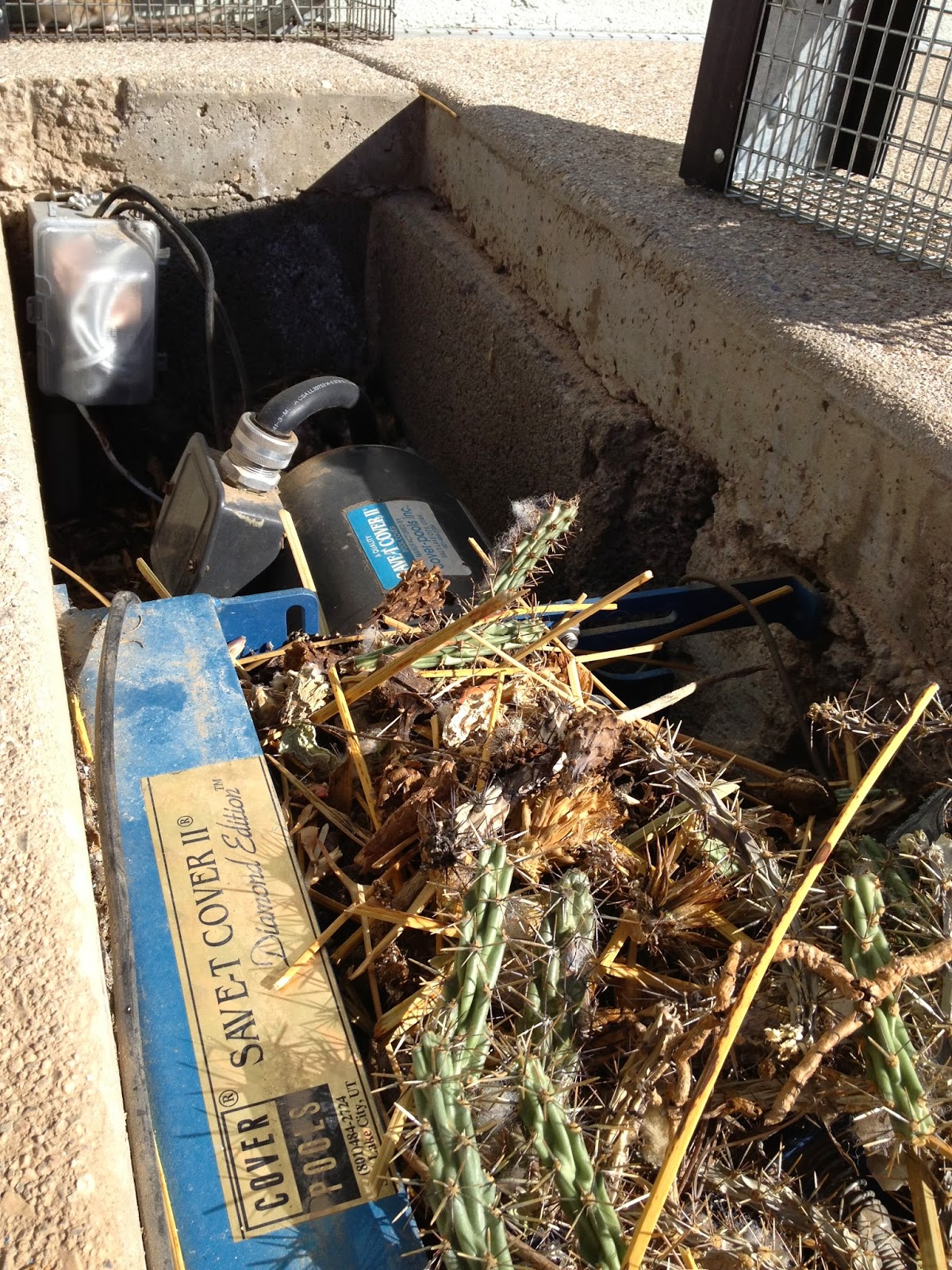 Nest in the retractable pool cover Under a tile roof 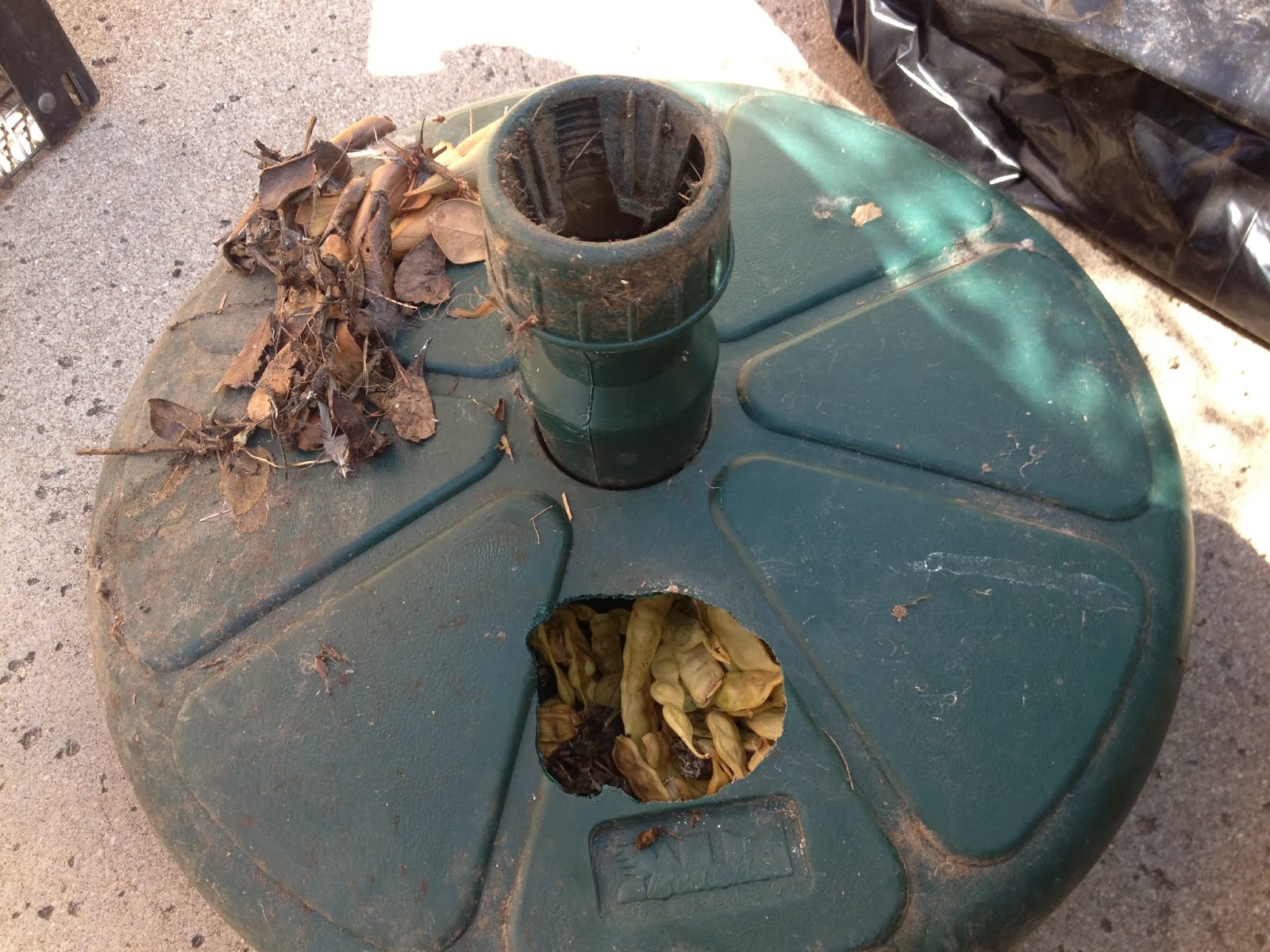 In an umbrella stand 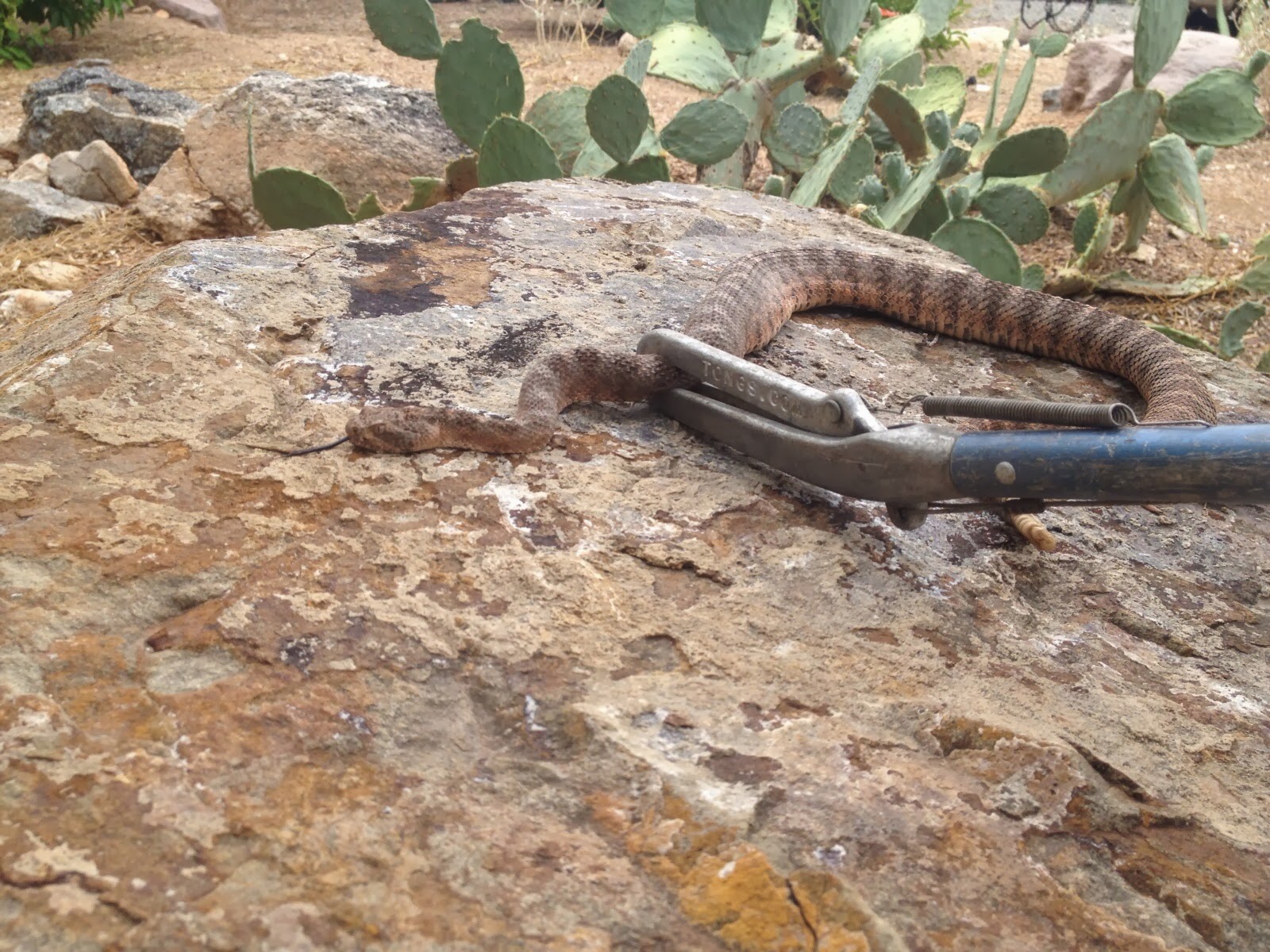 Email ThisBlogThis!Share to TwitterShare to FacebookShare to Pinterest
Labels: All about Mr. Pack Rat

It has been a almost two years since my last post, except for a video link.  Turns out I have had a very busy past two years.


My wife and I welcomed our first grandchild, Jack Westin Brown, in March 2012.

He has brought great joy into our lives.  Shortly after Jack was born, his father, Jason started a new media business, Pendulum Swing Media.  He is an artist that specializes in white board animation.  You can check out a recent video he made below: 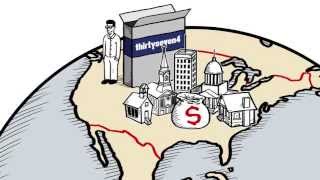 Our youngest son, Tyler, was accepted to Loma Linda Medical School in 2012.  Great news, but also involved a move from Phoenix to California and of course, Mom & Dad had to help.  We are very proud of Tyler and his wonderful supportive wife, Anna.  On top of it all, on the first day of school, they found out they are expecting!!!    In April of 2013, our second  grandchild was born - Charlotte Rose Brown. As you can see, she is a beautiful girl.

Tyler is now working hard in his second year of medical school.  His family is on quite a journey together and Anna has created a fantastic blog, Life of a (future) Doctor's Wife, on the whole experience.

The there are the pack rats, busy as ever.  Matt, our middle son, continues to work with me at Mr. Pack Rat. 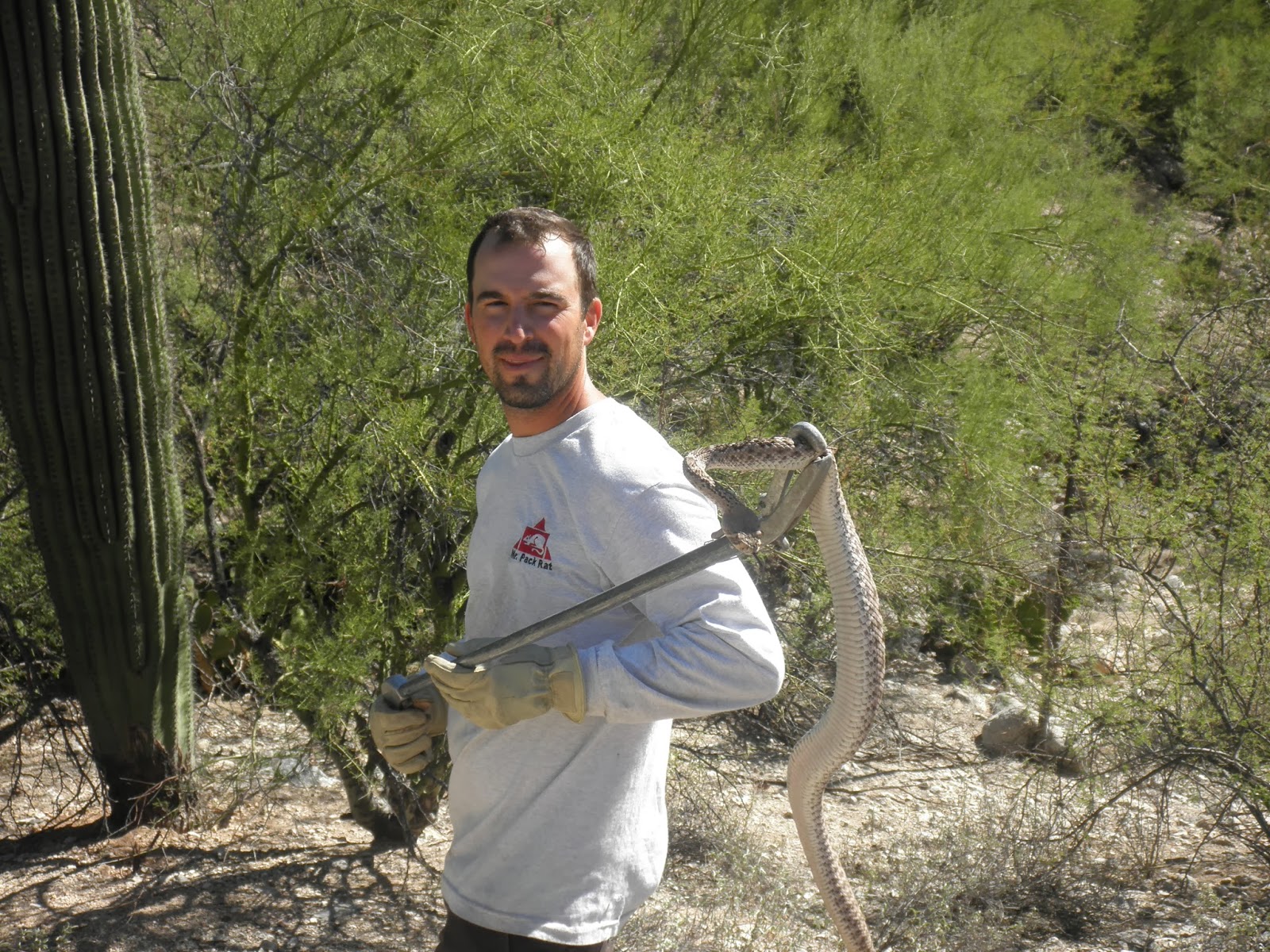 In addition to pack rat work, Matt developed  and maintains our outstanding web site.  In 2013 we had almost 30,000 visits to the site from all over the world.  This year Matt will be working on a mobile version of the web site for the ever increasing use of smart phones and tablets.  While there is information on the company, the website is really written to be educational and informative on the topic of pack rats, their prevention and control.

February is one of the slower months for pack rats, so I hope to get caught up and keep the blog up to date in the future.


Posted by Kris No comments: