I recently was called out by a client who had seen pack rat droppings on her back patio. She had put out poison, but the droppings continued. I saw she had a small bar type cabinet on the patio. 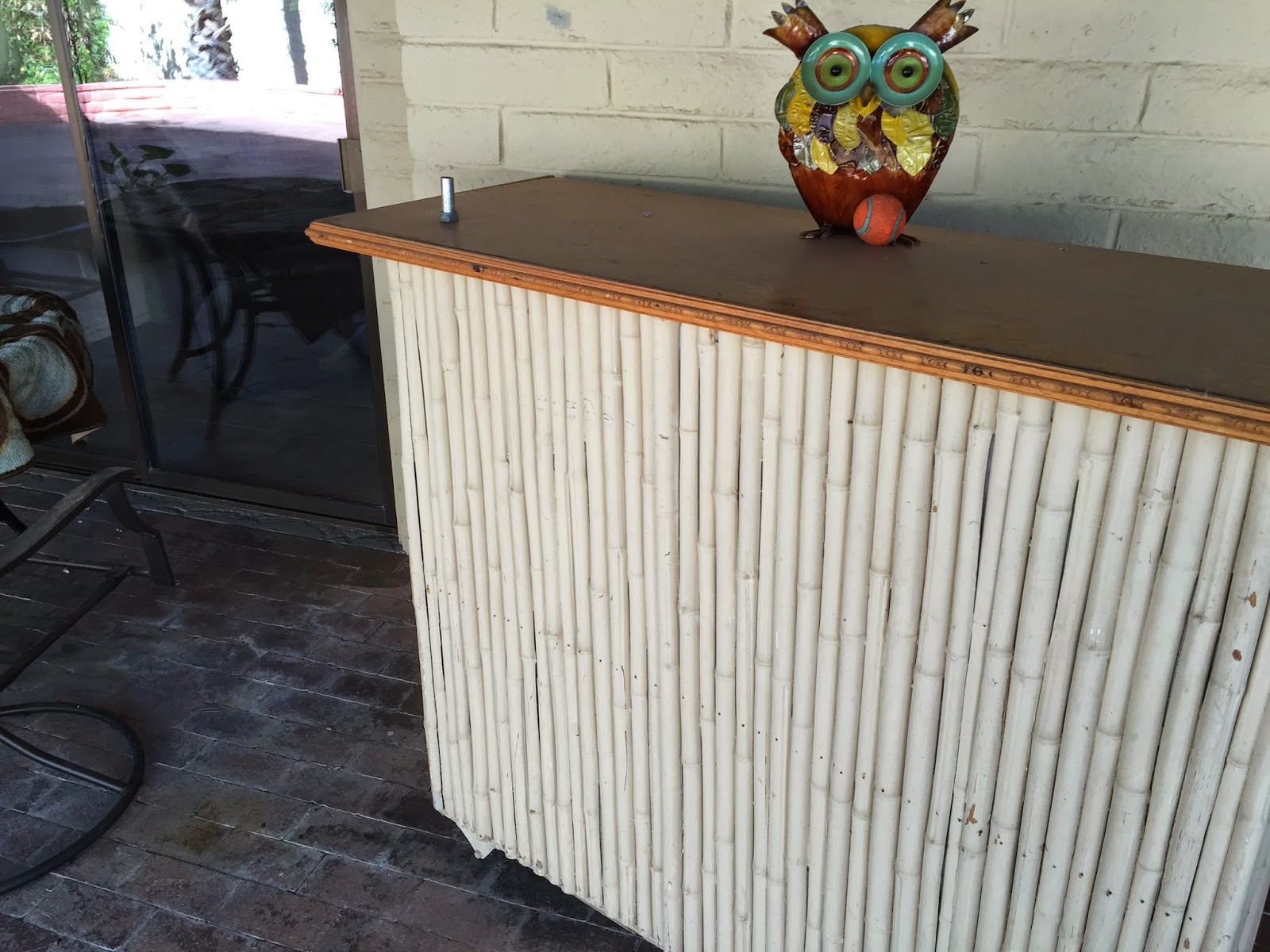 When I pulled the cabinet away I could see chewing, wood chips and immediately knew the source of the problem. 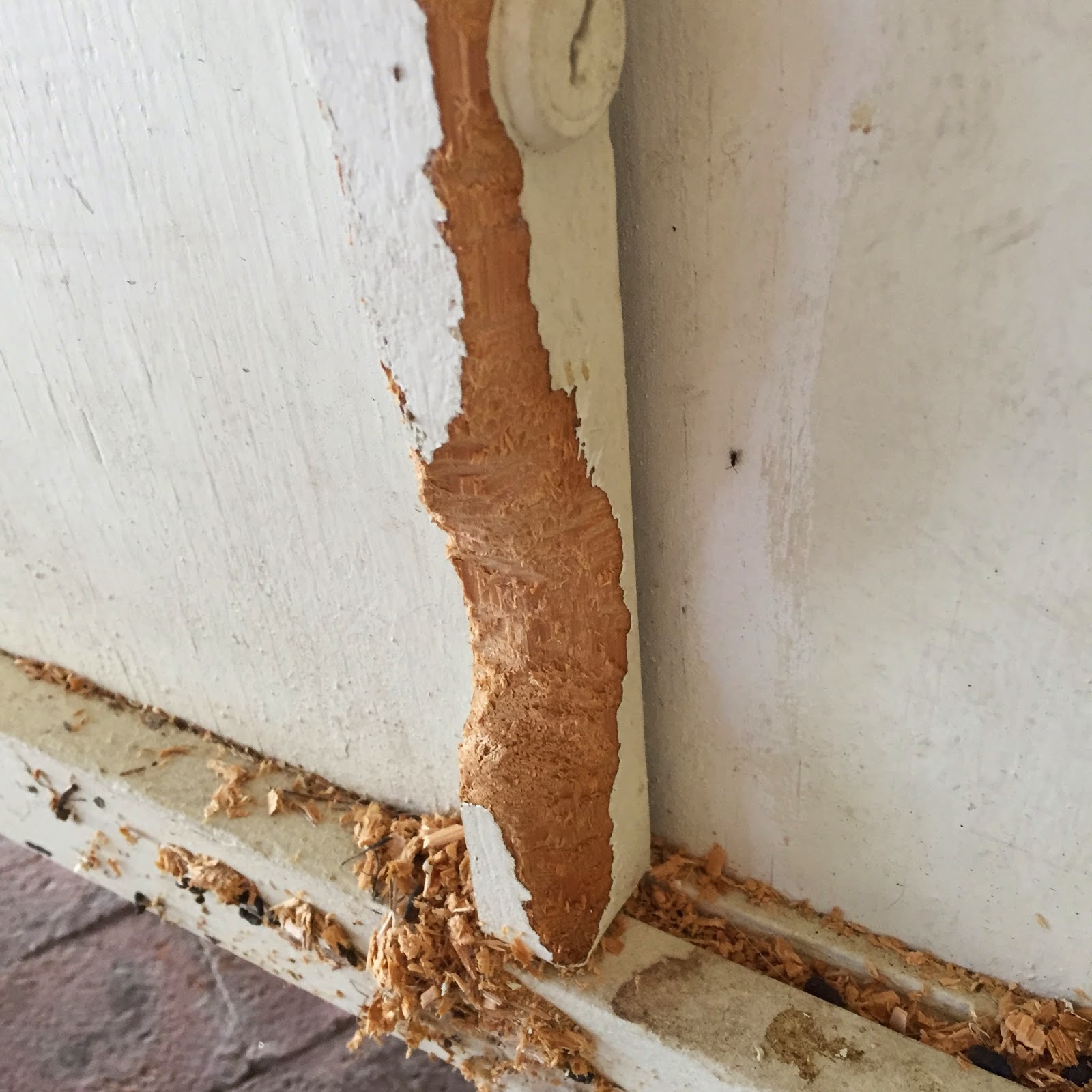 The cabinet had two sliding doors in the back that were closed , but there was a hole above that the rats had nicely enlarged to gain access to the space below. 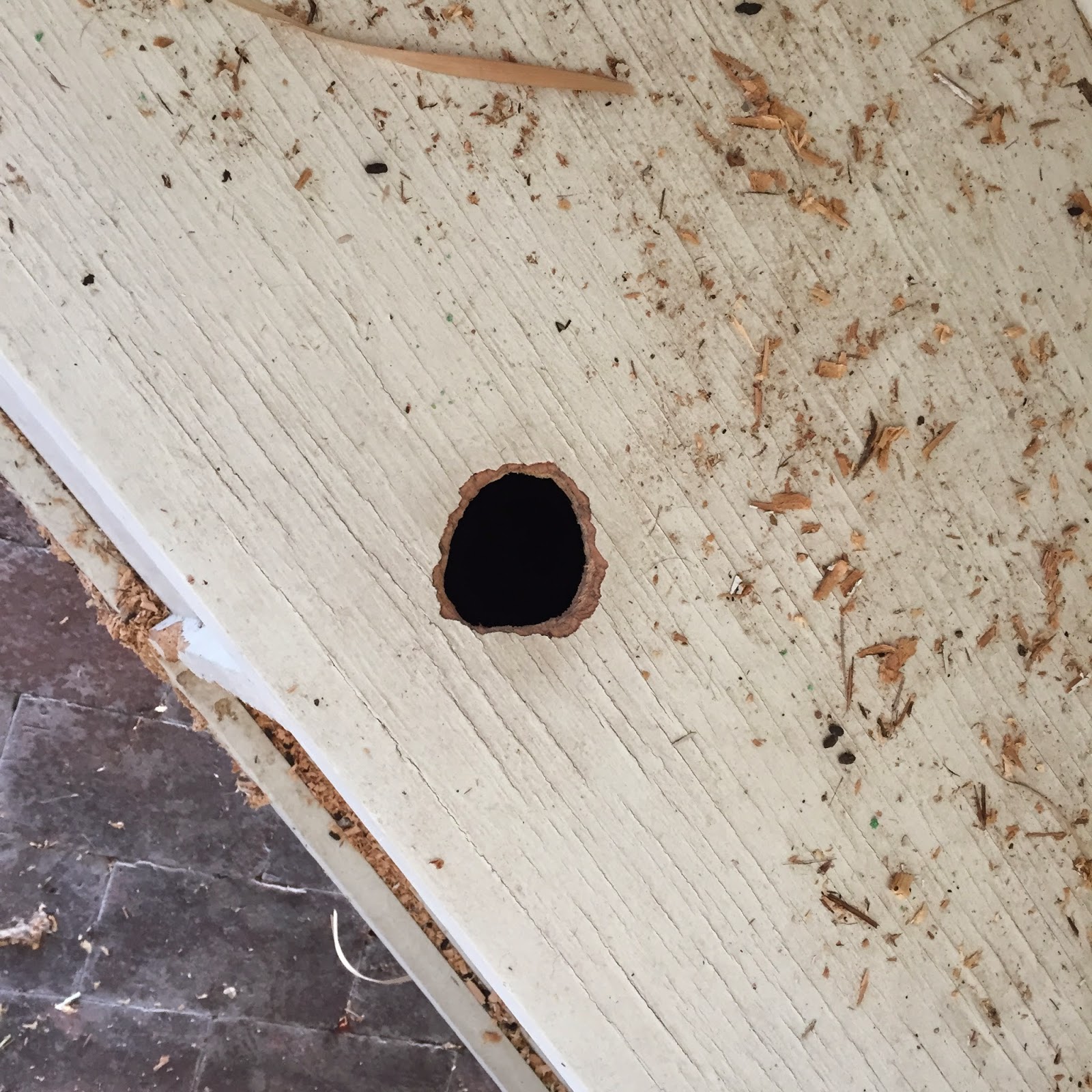 I opened one of the doors to below to see where the rats where going and said to the customer, "you must have a string of peppers somewhere". She  said she did and pointed to the wall over her shoulder and we both saw this: 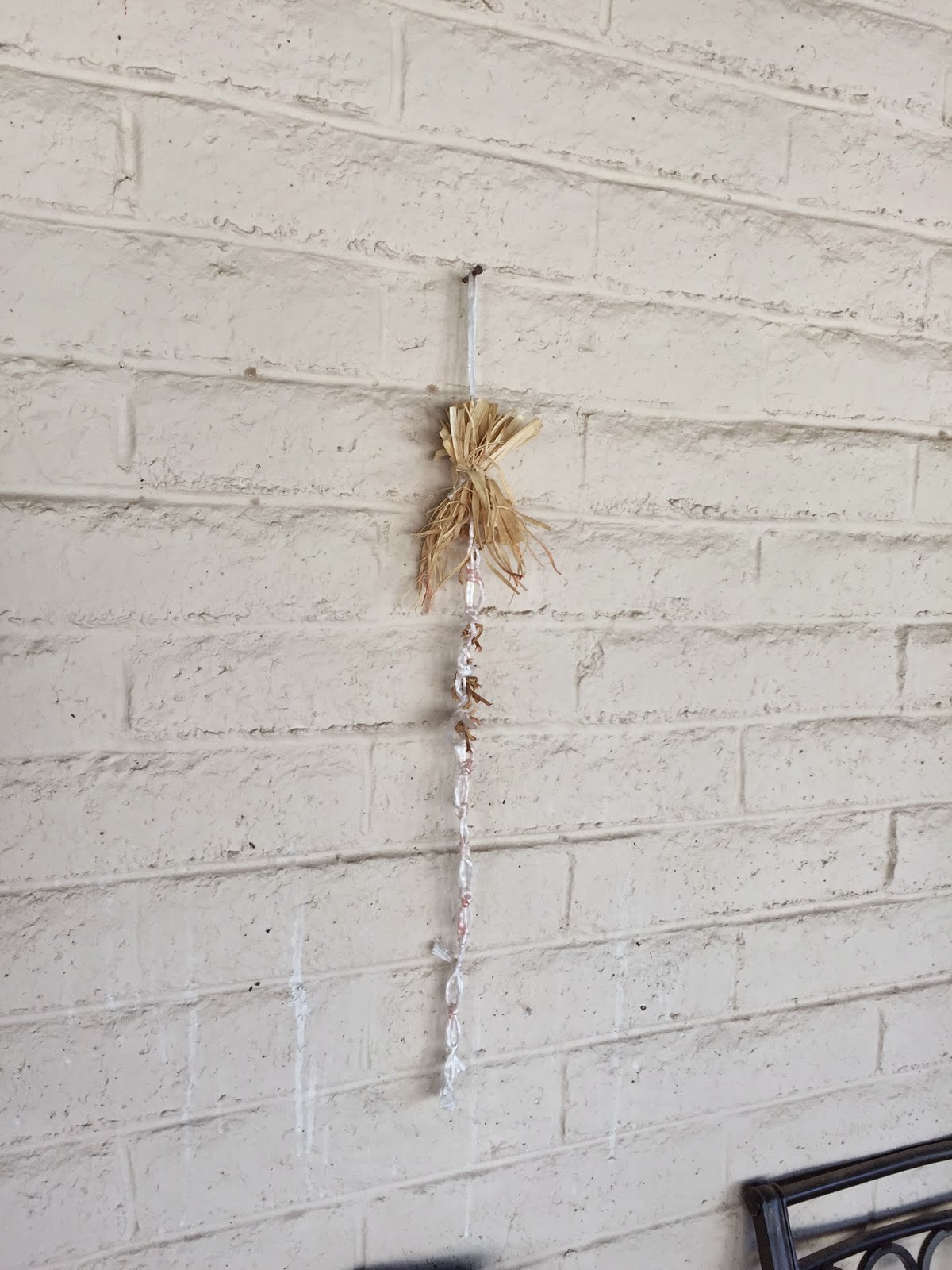 What had been a full string of chili peppers was now just a string. The pack rat had climbed the wall and removed the peppers one by one and stored them inside the cabinet. 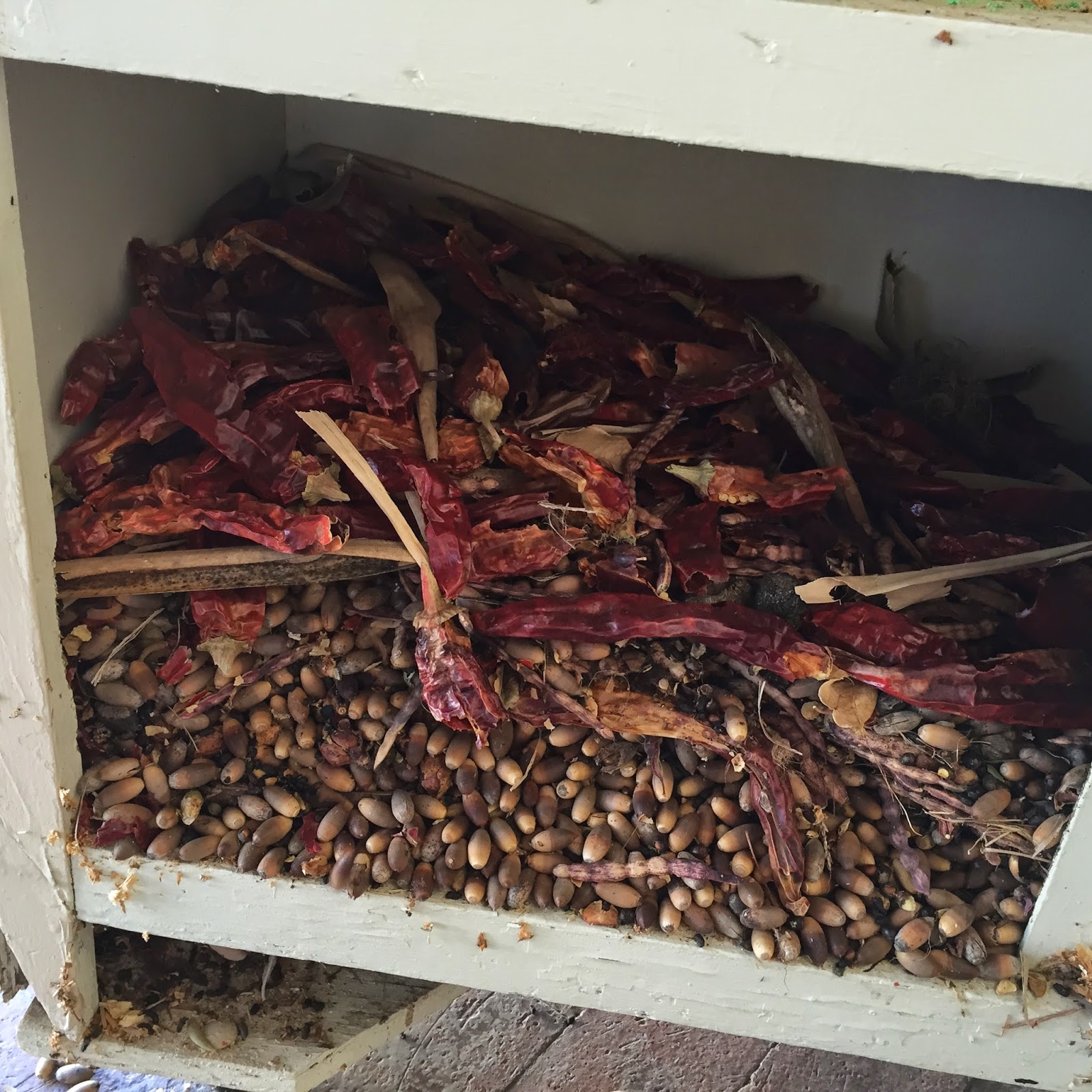 Underneath the peppers was a thick layer of acorns. Looking inside on the far left was a few more peppers and a nice nest. 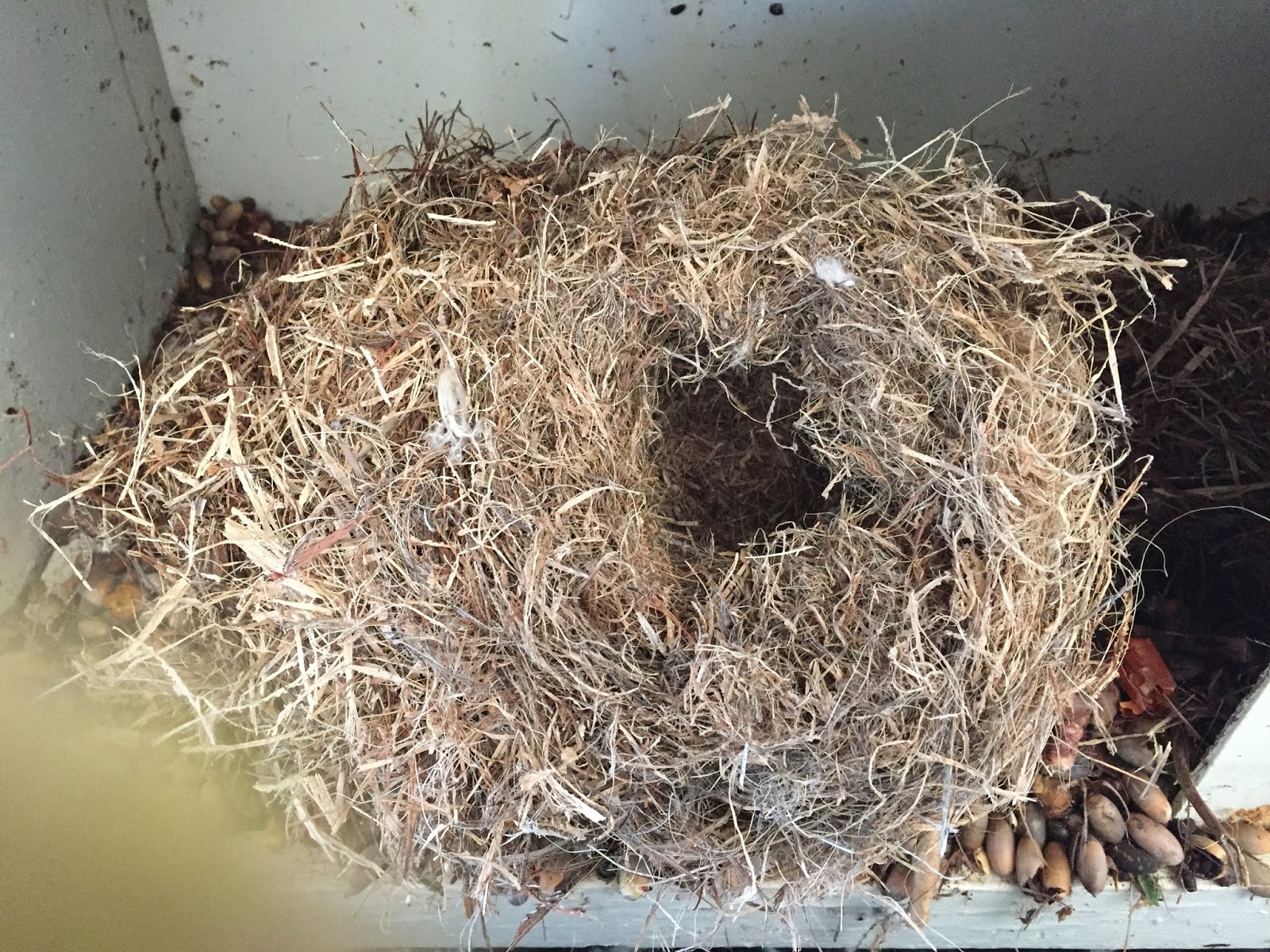 I trapped a nice big pack rat that night and the next day began to clean out the debris and the nest. Under the peppers and mixed in with the acorns was some of the poison the customer had put out.
I also found the body of a dead, now mummified, poison rat in the lower corner of the cabinet. 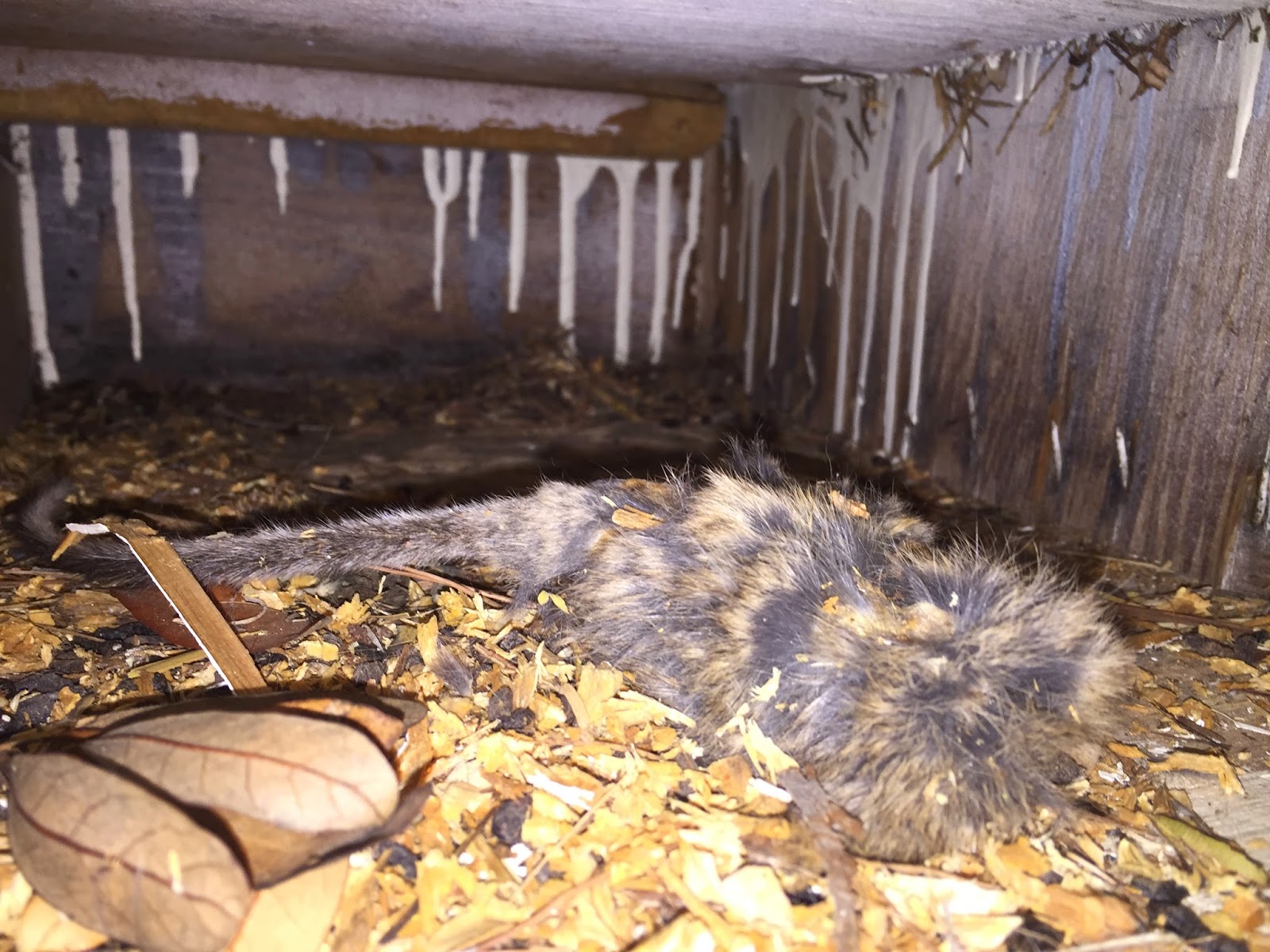 I filled a large trash bag with all of acorns and peppers in the nest and it weighed over 40 lbs!


Lessons learned:
In the end the cabinet was cleaned, disinfected and rat-proofed.  I told the customer to keep the cabinet at least 12 inches away from the wall to discourage other rats from investigating.